8 Things Every Big Athlete Deals with— The “Big Guy Blues”

“Yeah it must be terrible being super tall in <insert literally any country here>”.

These athletes have a point. Heavyweights have an easier time adjusting to BJJ and a natural advantage. Fewer of the 90 kg plus crowd endure being smashed as a while belt. Heavyweights also perform better in tournaments (at least in open weight). Despite this, being a tall heavyweight Jiu Jitero has some distinct disadvantages. Here are a few I’ve noticed. 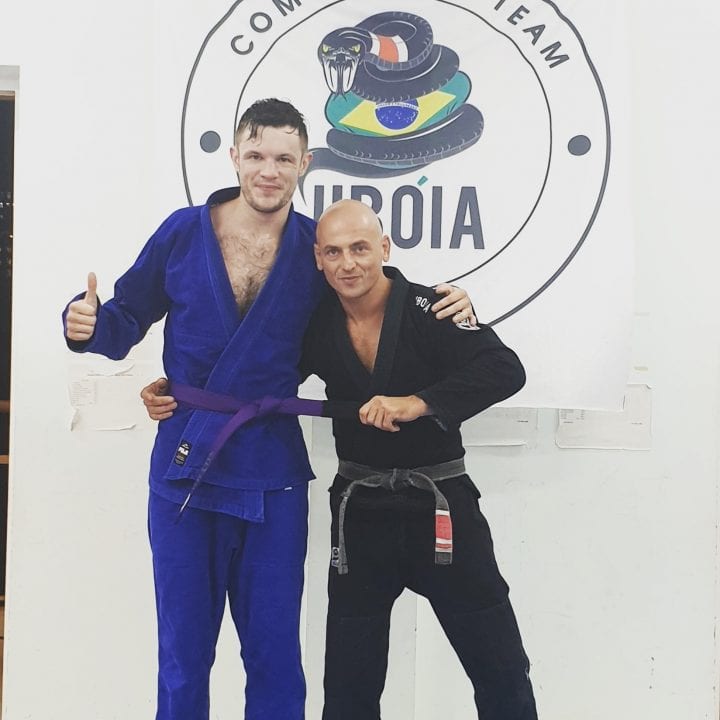 1. The “How heavy are you bro?” comment and the “You’re very strong dude” backhanded compliment.

Anyone over 85 kg has heard this. A 92 kg Brown Belt masterfully submits an 85 kg Blue Belt using pure technique—only to hear something along the lines of “What weight class are you in these days?” immediately after rolling. As if weight was the only reason he or she was submitted or, more absurdly, as if the higher belt being 7 kg lighter would have made any measurable difference. While being massive is always a distinct advantage (thus … ahem…weight classes), it is rarely the only factor in an athlete’s success.

Being gigantic elicits an endless barrage of dangerously applied foot locks. Many smaller athletes will correctly argue that heel hooks, ankle locks, and knee bars are the most effective way to apply Jiu-Jitsu against a larger opponent. This thought process holds water. Tall guys have long legs which make easy targets. Likewise, efficiently using an opponent’s size and strength against them is a fundamental principle in Jiu-Jitsu.

The issue is, foot locks delivered as a Hail-Mary against a larger opponents are usually applied recklessly.  If a smaller Jiu-Jitero grabs a larger jiu-jitero’s foot, they wrench on it like they are trying to start a lawn mower. The logic being that if you fail to get the submission, then you’ll certainly end up on bottom. From the bottom, it’s a slippery slope that ends with the question “how heavy are you these days bro” (see issue # 1).  In sum, bigger athletes are presented with a double edged sword. They get really good at escaping foot-locks, but they are simultaneously disproportionately injured by them.

3. The “no one is rooting for you” phenomenon.

4. The “no one wants to roll with you” feeling.

Big athletes are scary. They sweat gallons, are usually covered in hair, and usually play pressure and distance games. Likewise, the massive size advantage increases the likelihood of them catching high-lever jiu-jiteros in a lucky submission, resulting in a bruised egos (if not bruised necks). This combination of factors often makes it hard to find training partners in dojos. While not typical, any larger travelling jiu-jitero can tell you instances in which people avoided rolling with them based on their size alone. If you are the smallest athlete in your gym then everyone you fight is bigger than you. Many in the 95 kg plus crowd will attest to the ability of really small guys who are really good at beating really big guys. No lock seems to be tight enough and no hold heavy enough. Matches starting from standing result in the heavier athlete swinging his arms around like an animatronic bear while the small guy clings to his back like a spider monkey.

Every dojo features this athlete. They are usually someone with recurring injuries who has taken of time off since their last promotion. They likely assume that their capacity is comparable to their pre-injury/ extended break performance and injure themselves by overreaching.  They start every fight with the disclaimer “my <insert random body part > has been bothering me, can we go light?”, only to immediately do something incredibly reckless resulting in a strain or (worse!) another injury. This is heartbreaking at any weight class, but as a heavy weight it’s particularly embarrassing. While most instructors know better, lower belts just assume the big guy is a bully or a spaz. What would usually be written off as a freak occurrence is blamed on size, strength, and predatory behavior.

7. The “I can control my use of strength but not my use of weight” paradox.

Building upon point #6. Going light when you are heavy is hard. Big guys can avoid bicep curling out of arm bars, but can’t avoid smashing you in knee on stomach.

This is the biggest challenge heavyweight’s face in training. The advantage warranted by size hamstrings advancement in technique. Big guys, especially newer big guys, know that it’s usually easier to bench press a mounted opponent than it is to shrimp and escape. This behavior yields bad habits, encourages comments like those discussed earlier (see issue #1), and injures training partners. Managing this problem requires incredible discipline from larger athletes. Accepting a loss against a smaller opponent or sacrificing an otherwise advantageous position for the sake of development requires incredible control of ones ego. Put yourself in your local heavyweight’s comically large shoes: it’s the end of the round, your down by and advantage, and you’re thinking “damn, this smaller guy is starting to feel pretty heavy.”— would you be able to resist temptation to simply toss your training partner?

The beauty of jiu-jitsu lays in the challenges it presents to athletes on and off the mat. Addressing ones size, athleticism, and ego is paramount to success. Dealing with being an athlete of any size means dealing with problems associated with that size. By forcing us to address these problems Jiu Jitsu provides us with a vehicle for self-improvement in every aspect of our lives.

There are certainly worse problems one can face—age, disability, being a featherweight, or being in generally poor health—but that doesn’t stop heavyweights from feeling the “Big Guy Blues”.

For advice on managing your Jiu-Jitsu in East Asia as the biggest guy in the country check out my article Jiboia Training Report.