Advice for Jiu Jitsu Girls – as suggested by our community 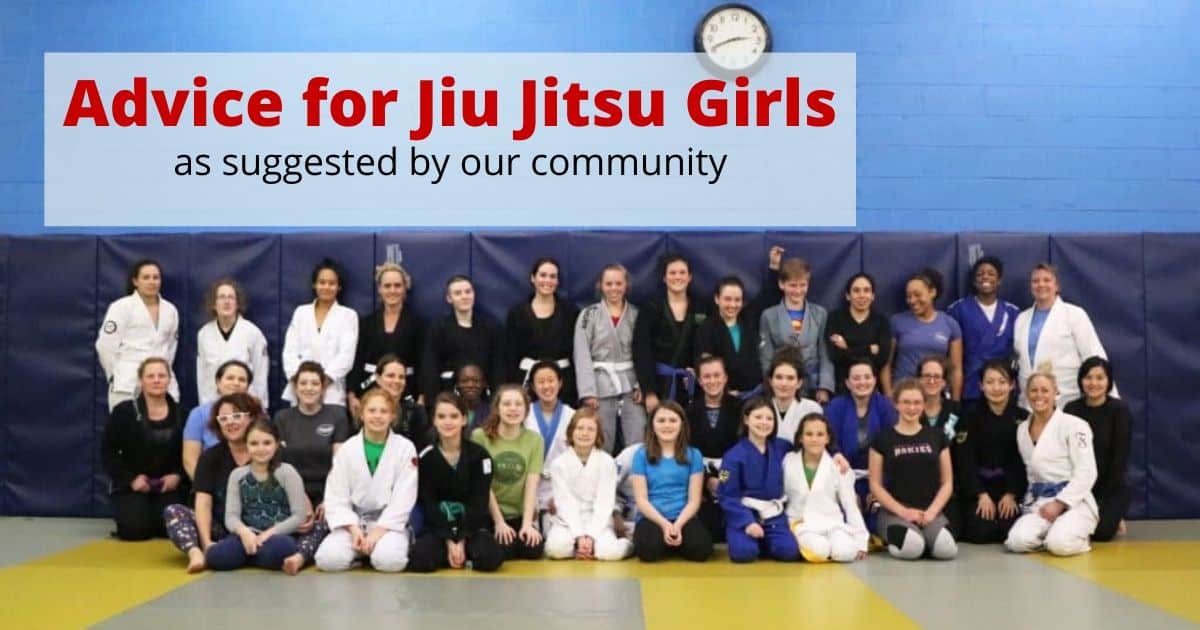 As Jiu Jitsu has grown over the years it’s had its share of fads, phases, and complete paradigm shifts. Try asking a few Jiu Jitsu practitioners how they got into the sport.

The seasoned upper belt might say they were inspired by the very first UFC. The enthusiastic white belt might’ve strolled in after listening to a Jiu Jitsu focused episode of the Joe Rogan Experience.

The point is, as the sport evolves, so do the people training it. Women in particular have been a  stalwart minority in Jiu Jitsu. Whether they came because of some monthly women’s self-defense seminar, or because of the recent popularity of women’s MMA, women’s Jiu Jitsu has steadily grown.

Despite breaking into the sport, women still face several unique challenges that Jiu Jitsu presents. Jiu Jitsu can be a hard sport to navigate for anyone, but, if you’re the only woman in an academy or club, it can be discouraging. With that in mind, here is some advice from women who train, for women who train. 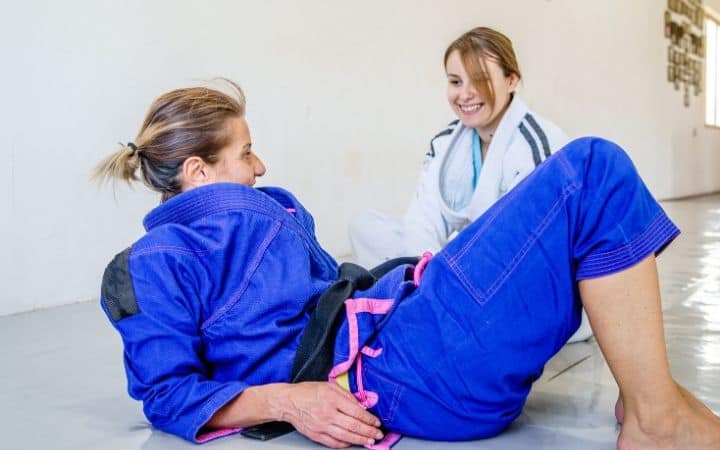 Be cooperative not competitive

Perhaps the most repeated sentiment from women in Jiu Jitsu is that the other girls who train at your academy are not your enemy.

Paola, a new blue belt, says that you should “never compete with your teammates while training. There are only so many females that train and we need to maintain the sisterhood.”

While being the only woman at the academy can be lonely, it can also make you feel unique. I recall being the only male among an all-female staff at a barn that I worked at. I achieved somewhat of a “celebrity” status being the only guy. I did often wish I had another guy to pal around with, but when another one showed up, I found that I became oddly territorial of my space.

“It’s natural to feel a twinge of jealousy when that new girl walks in. Fight that shit!” Kaitlin, an experienced purple belt exclaims. “Carving out a space for women in a male dominated sport is a group effort. Every advance you make is on the backs of the women before us and for the benefit of the women that will follow us.” 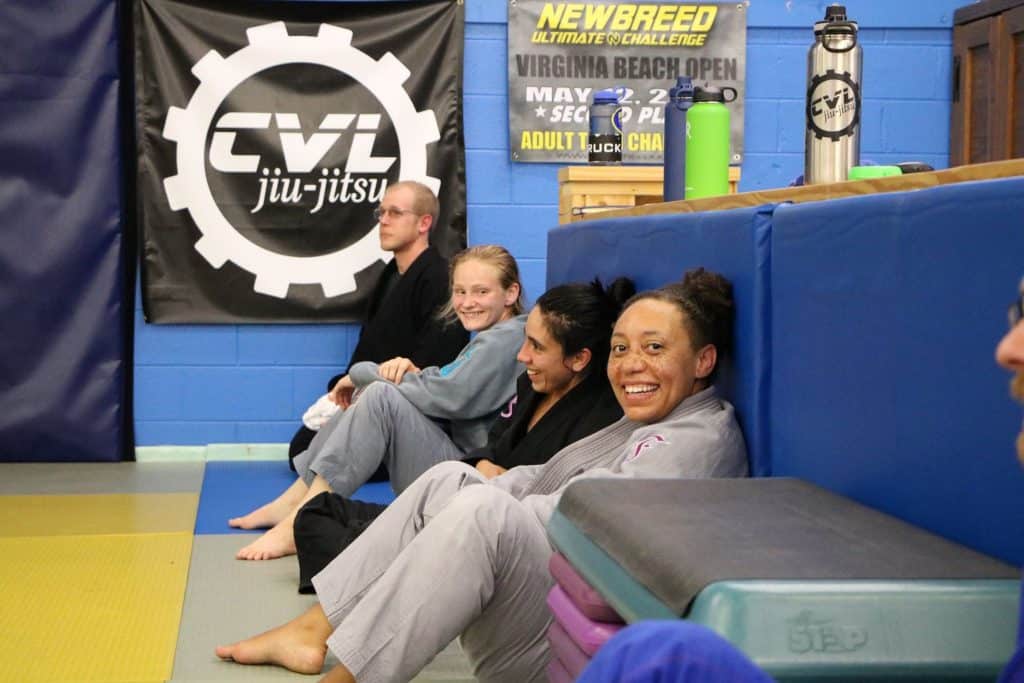 For guys, finding the right Jiu Jitsu gear is easy. Their search usually comes down to a few factors: affordability, style, and protecting…vital areas.

However, for women there may be a few more considerations when choosing what gear to wear. Many agreed that tank tops are a no go for no gi training. While they might feel comfortable and freeing, you’ll be more exposed to mat burn.

Kaitlin added that if you train long enough, you will most likely fall victim to at least a few wardrobe malfunctions. Understand that it’s normal and no one is likely paying any attention. 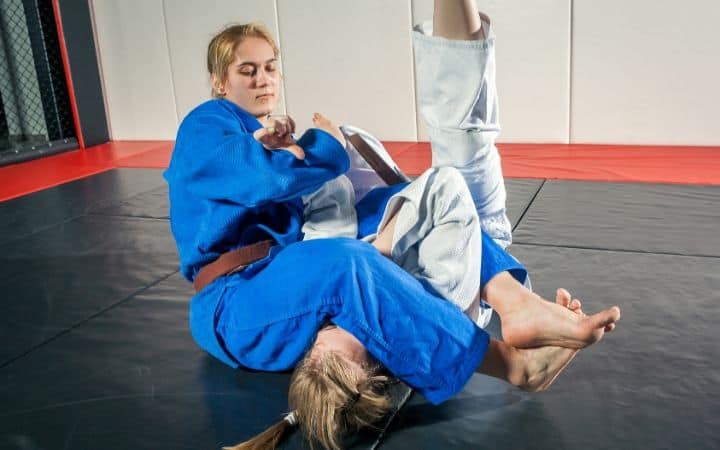 Learning Jiu Jitsu can be a fun, but also daunting task. The amount of information you retain and the progress you make can easily boost or erode your confidence.

For that reason, Sarah, a blue belt opts to keep a detailed journal tracking her progress. The journal is small enough to fit in her gym bag so she can refer to it at any time. The contents include promotion days, the techniques for the day along with detailed explanations, and what aspects she struggled with.

Sarah takes it a step further by also noting who she drills and rolls with. What worked against Valerie, that didn’t work on Grace? Check the journal. The information that is valuable will change from person to person. But, being able to see your progress written down will keep you on the mat trying to fill up the rest of your book.

“You’re strong for a girl. Do you really think you can tap me?” These are just a few comments that have been directed at Cheyenne while she trained.

Even the most well intentioned guys have been guilty of spouting off some patronizing variation of those remarks when attempting to welcome a girl into the academy.

Despite how constant those comments seem, Cheyenne suggests that women in Jiu Jitsu shouldn’t look for reasons to be offended.

“Gently explaining to those guys making the dumb comments why you don’t appreciate them will go much further than storming off the mat, or putting them on your blacklist.” 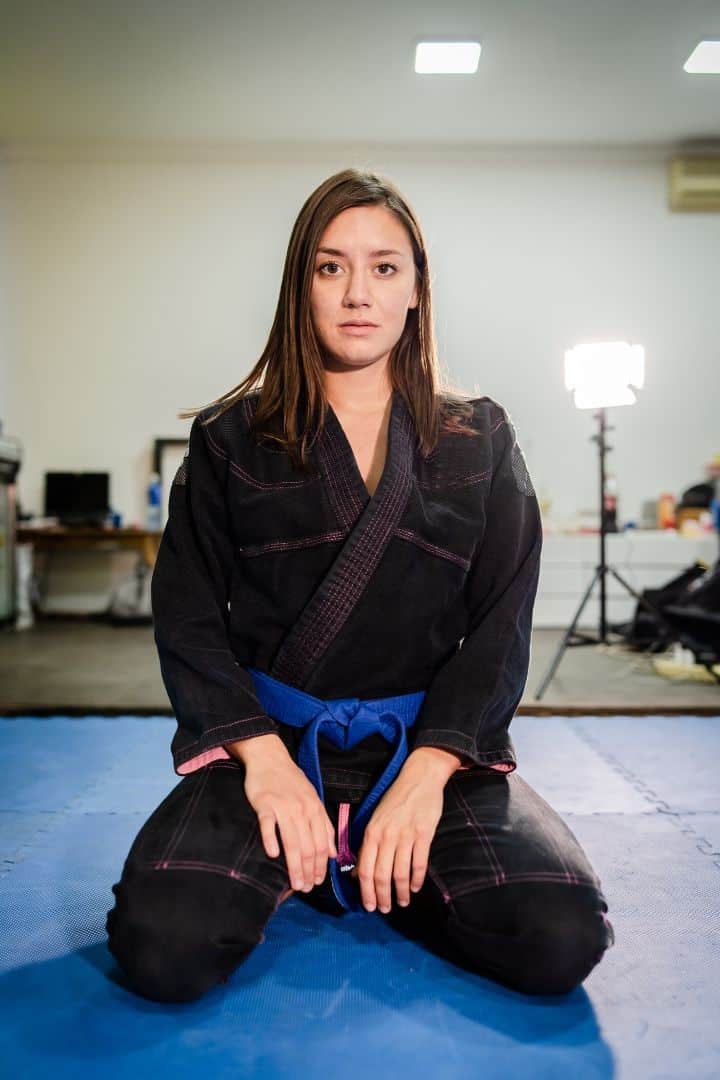 Know your gym and know your boundaries

Savannah is a white belt. She doesn’t always have the time to train, but she loves it when she can. She started training at her university’s student run club.

While it was a different environment from a typical academy, Savannah still felt it was important to know her boundaries. As you start training, she suggests sitting down and writing out a few rules and boundaries that will make your experience with Jiu Jitsu comfortable.

“Would you prefer only female partners? Are there only certain guys you’re ok with? If you are not comfortable with something, do you trust yourself to speak up? Jiu Jitsu is an intimate sport and not having this conversation with yourself first can hurt you in the long run.”

As a mom of two, a practiced blue belt, and a wife that fends off play fights from her black belt husband at home, Rachel has a wide variety of Jiu Jitsu experiences.

She and others claim women in Jiu Jitsu, especially smaller ones, will have to “work twice as hard to accomplish the same things.” 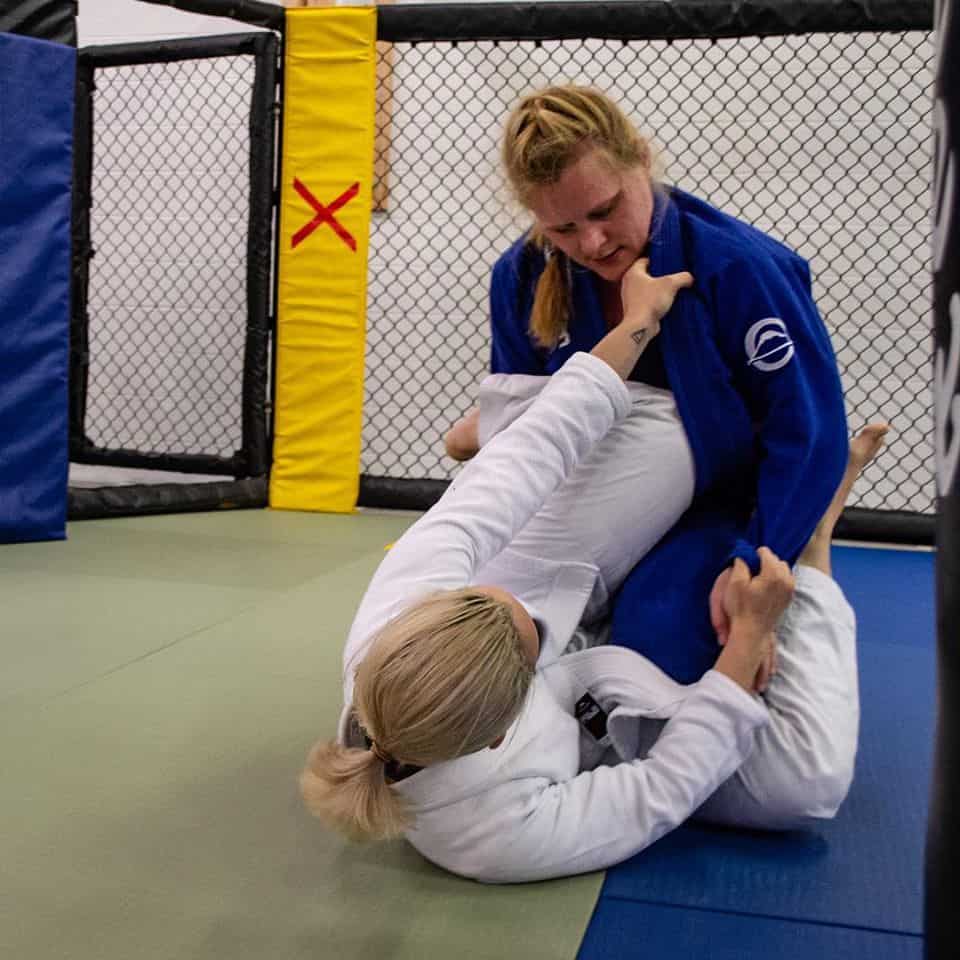 Whether you’re attempting a takedown or finishing a submission, you may not be able to rely on strength the same way men can. But, it’s worth it, according to Rachel. That harder work will cultivate determination and greater emphasis on technique.

While it is important to avoid competing with the other women at your academy, you will have to compete against other women if you decide to participate in tournaments.

If you’re as serious about your competition training as Kim you will have to be more discerning with your training partners and methods. She suggests finding a regular training partner who is willing to let you practice techniques multiple times over.

“Women are givers by nature, but in this sport, sometimes you have to take to reach your potential. Don’t be afraid to tell your training partners what you need.”

Kim offers additional advice for starting and being successful in competition:

Jiu Jitsu is not an easy sport for anyone. But, women face a unique set of challenges in the male dominated sport. Despite the obstacles, many women form a community within Jiu Jitsu that is friendly and supportive. Check out a few pieces of advice from various women of Jiu Jitsu. 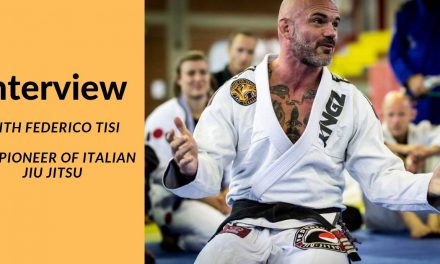 Interview with Federico Tisi – The Pioneer of Italian Jiu Jitsu 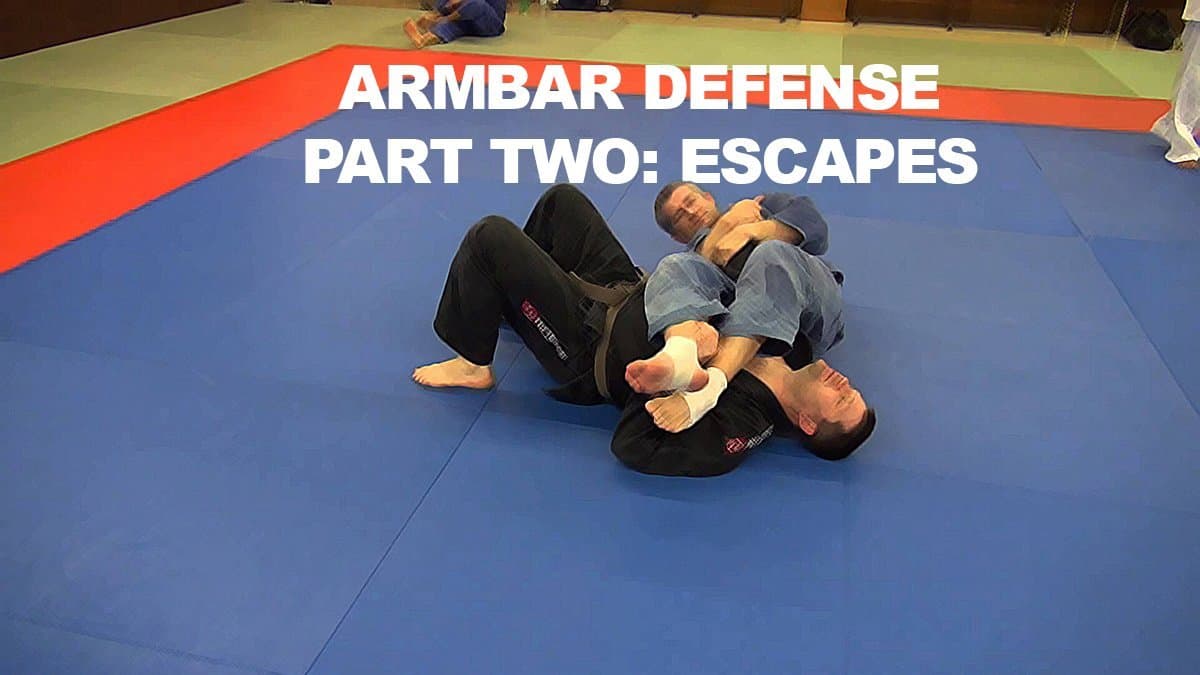 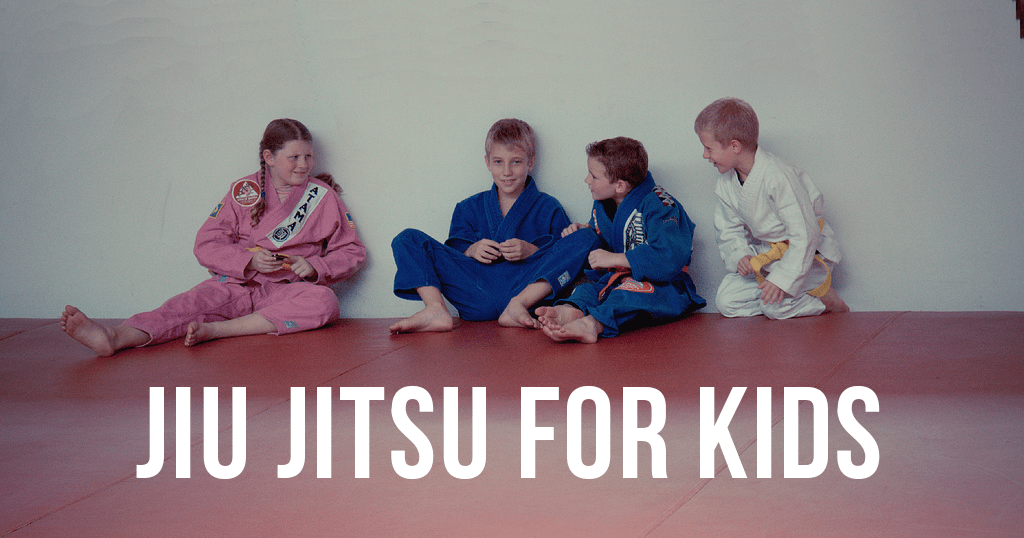 Why Brazilian Jiu Jitsu is good for your kids 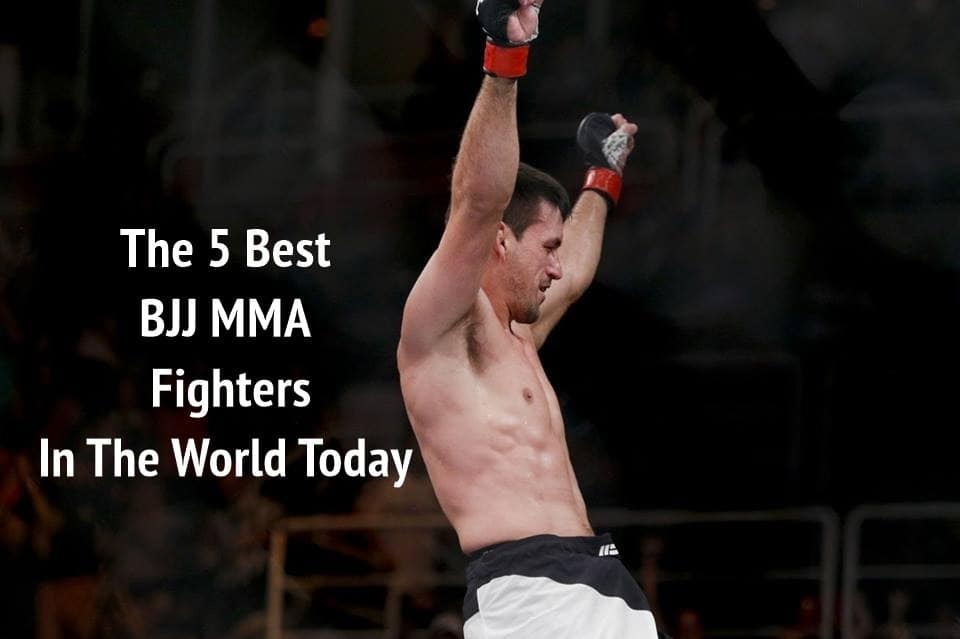