29.06.2019 by Jiu Jitsu Legacy
Table of Contents show
1 “To gi or not to gi, that is the question:”
2 Wearing a Gi gives you time to think
3 It teaches you to protect your neck
4 Gives you access to judo take downs
5 Upper body development
6 Self-defense advantage

If the Bard of Avon was a current-day BJJ practitioner he could have written the words above. Gi and no gi are the two forms of Brazilian Jiu-Jitsu, and while they differ in many ways, both are intertwined and complement each other. But the aforementioned question has kindled debate in the BJJ community and most people have strong opinions on the topic, based on their preference and personal experience.

When the words Jiu-Jitsu come to mind it’s hard not to think about a gi, or at least a belt. The fact is that Brazilian Jiu-Jitsu was born in a gi, with all the founders of the sport having spent more time in the emblematic attire than in any other kind of clothes. Today we are going to list five reasons to keep training in a gi, and how it will make you a better grappler. 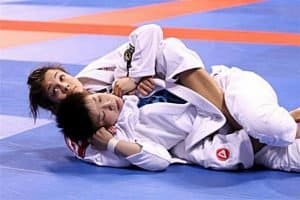 Wearing a Gi gives you time to think

You can hold on to grips and plan your next move, as a firm grip gives you the security required to assess your opponent’s moves and plan accordingly. This leads us to an analytic, problem-solving approach to fighting, since you can control your opponent’s body more efficiently due to the added drag and friction. Stabilizing positions and is made by holding to to the Gi (both yours and your opponent’s) and the holding on to the fabric gives you the opportunity to slowly progress from one position to the next. 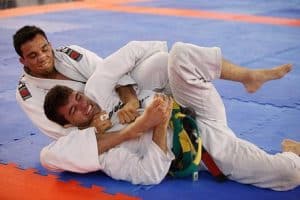 It teaches you to protect your neck

The most efficient grappling attacks are strangleholds (techniques that prevent blood flow) and chokes (attacks that prevent air flow), as our brains need to be properly irrigated and oxygenated to function. Training in a Gi teaches you to be aware of that, as it provides a plethora of different collar chokes and strangleholds. 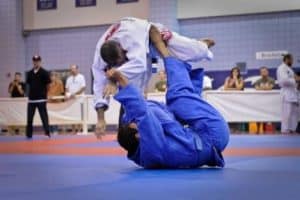 While in No Gi the takedown aspect of grappling resembles wrestling, the Gi makes it possible to harness the power of the Nagewaza (Judo throws) and add them to your game. From a simple Hiza Guruma (knee wheel) to a flashy Morote Seoi Nage (two-handed shoulder throw), there is something to everybody.

Constantly holding on to the Gi in the various grips avaiable (such as pistol grip, two-on-one, lapel and sleeve…) will work wonders to strengthen your hands, wrists, and almost every muscle and tendon on your arms. 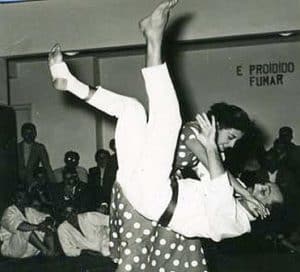 Yes, you read that right. Even though many people claim that No Gi suits self-defense better since we are directly dealing with the opponent’s body instead of garments, most people wear clothes all the time. Even if it’s only a pair of shorts you can still grab them if needed. The Gi as we know was devised to be a realistic (at the time) set of clothes in which to practice Judo, and BJJ inherited it’s usage. Being used to grabbing fabric can be crucial while defending yourself from an impending attack.

When it’s all said and done, the answer to the question in the beginning isn’t a simple one. Jiu-Jitsu is not Gi “OR” No Gi, but rather both. Next time you are rolling in a Gi try to have in mind the five reasons above and continue on your quest to become a better grappler.