As BJJ was introduced into the mainstream due to early UFCs, its popularity of BJJ rose in tandem to that of MMA. However as both BJJ and MMA continued to develop and grow as their own combat sports they ended up going in rather different directions. Today, while MMA is still infinitely more popular, at least among the general public, sport BJJ is also on the rise.

What is Sport BJJ?

The Gracie family never envisioned that BJJ would become a sport. Their original idea was BJJ as purely a fighting art, designed for no time limit, no holds barred matches. Despite their original intentions however, the sport of BJJ has continued to grow and increases in popularity every year. Just look at the large tournaments such as the Pan-Ams or the Europeans which now boast over 1,500 competitors each.

In today’s article, we will educate our readers on the top things to know about the sport of BJJ and why it’s not necessary to know anything about it before signing up for your first BJJ class.

4 Things You Should Know About the Sport of BJJ

#1: It still has the main elements of what makes BJJ effective in a real fight

Sport BJJ contains all the elements of BJJ that make it so effective in a ‘real fight’ such as fighting for positional dominance, control, and of course, submissions. However it also contains much more esoteric elements that are of limited utility in such a situation but are highly effective in a solely sport BJJ match. These elements include lots of intricate lapel work and inversions.

You no doubt have heard that BJJ is all about the smaller weaker person defeating a larger and stronger opponent. And that’s true; it happens all the time on the training mats and even in competitions. However, as you get to the higher levels of the sport, physical ability matters more and more, so you will find a definitely lack of physically-challenged people among those training to excel at sport BJJ competitions.

#3: There’s more than one ruleset

While there is no question that the IBJJF ruleset is the most popular of them all, it also has many detractors, many of whom point to the advantages system and the limited leglocks allowed as its drawbacks. Fortunately for those people, there are many other organizations such as Polaris, EBI etc. that allow the full range of leglocks and have rather different rulesets compared to the IBJJF. So for those beginners out there, understand that unlike other sports, the sport of BJJ actually encompasses a variety of different rulesets. 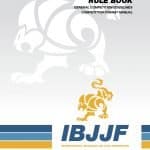 This is a bit of an advanced point, but one worth mentioning. In all sporting competitions, BJJ or not, and including MMA, the tactics of the athletes will depend on the rulesets. To summarize, people will do whatever it takes to win, including playing by the rules. This comes under a lot of criticisms and leads to many people winning by advantages in IBJJF rulesets, but that’s just the name of the game. Similarly, submission only rulesets favor athletes with strong defense and a ‘go for the kill’ mentality.