We’re all aware that Brazilian Jiu-Jitsu has gained more attention in recent years and as a result, more and more people tend to train it. So, it comes as no surprise that some of the BJJ practitioners are even celebrities. This is the second part of the list of famous people who can kick your butt on the mat.

Rhasaan Orange, widely known as Renato Laranja, is a real-life black belt under Eddie Bravo.  Moreover, he’s part of the Jiu-Jitsu community for a very long time and a self-proclaimed 27-time world champion.

Rener Gracie’s wife, Eve Torres-Gracie, is a blue belt and trains at Torrence Academy. Likewise, she’s a 3 x WWE Divas champion. You might have heard about the popular Gracie Woman Empowered Self-Defence Program which is done by Eve and Rener.

This famous Aussie crocodile hunter used to be great on the mats. In fact, he was a blue belt and trained with the mighty Greg Jackson.

This famous actress took up BJJ when preparing for the film “Suicide Squad” where she plays the role of Harley Quinn. Likewise, she was training gymnastics and trapeze at the same period. So, she trained Jiu-Jitsu and boxing four times a week.

This American surfer is a bonified blue belt. Slater trains regularly at AOJ and Studio 540. Although there was a small misunderstanding between Slater and Joel Tudor, an instructor at 540, they are actually best friends. 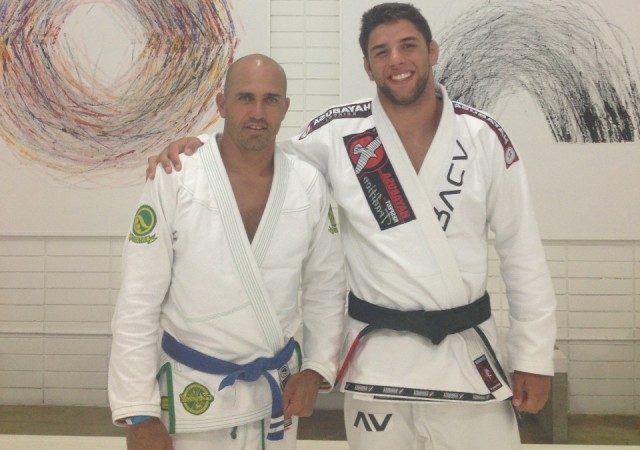 Vince Vaughan is a white belt and has been seen training with Rener Gracie. There are videos and pictures where Vince is doing a bow and arrow choke on Rener.

Chuck, the strongest man in the world, is the only person on this list who has been training with late, great Helio Gracie. Moreover, Chuck is a black belt under the Machados and in 2015 he earned his 3rd Degree from David Dunn.

You might be surprised to learn that Sean isn’t only a BJJ practitioner but also an instructor. This Hollywood BJJ teacher is a black belt under Shawn Williams. Furthermore, he used to train at Renzo’s academy when filming for The Boondock Saints 2.

Michael Clarke Duncan was a purple belt under Rener and Ryron Gracie at the Torrance Academy. He took up this martial art back in 2005 and was a very dedicated practitioner.

Vin Diesel used to be training with Guy Ritchie and Jason Statham under Marcus Vinicius. However, nowadays he is training with the Machados under Rigan besides the busy acting schedule.

You wouldn’t think that Superman needs to train any sport, but he actually does. Henry Cavill is training with the legendary Roger Gracie.

Wesley Snipes is another one on this list who is part of Rigan Machado’s celebrity training sessions. In fact, Snipes is a black belt in several martial arts and has been training martial arts since he was 12. 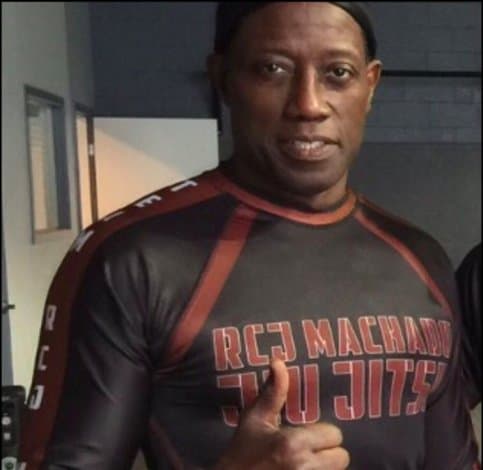 This American-Japanese musician and Trivium guitarist is a blue belt. He is Herman Li’s sparring partner and currently trains regularly out of Gracie Barra Orlando. Furthermore, regularly wears PeelGI gear as he’s sponsored by them.

Dave Batista is an ex WWE star and a purple belt in BJJ. He trains at Cesar Gracie’s gym in Pleasant Hill, California. However, he’s a beginner at jiu-jitsu but a very hard worker.

Joey is a famous comedian and friend of Joe Rogan and Eddie Bravo. He was recently awarded his blue belt by Alberto Crane.

Scott Eastwood is Clint Eastwood’s and a blue belt.  In fact, he just proves how strong he is on the mat.

Guy Ritchie is a black and has been training Jiu-Jitsu for a very long time. He was a brown belt for 7 years and back in 2015, Renzo Gracie promoted him to black belt.

Who surprised you most from this list? Do you know any other famous faces who should be on this list?