Hélio Gracie Used to Be Vegetarian

Back in 1914, Count Coma or Esai Maeda, the Jiu-Jitsu master traveled to Brazil as part of a large Japanese immigration colony.  There, he became friend with Gastão Gracie, an influential businessman.  Gastão Gracie helped Maeda get established and as a return, Maeda taught Gastão’s oldest son, Carlos Gracie traditional Jiu Jitsu. Carlos Gracie learned this martial art and then, passed it to his brothers. His youngest brother, Hélio Gracie, was one of the most physically frail children. At the age of 16, at his older brothers’ house in Rio de Janeiro, he spent several days at home due to doctor’s recommendations and watched his brothers teach. 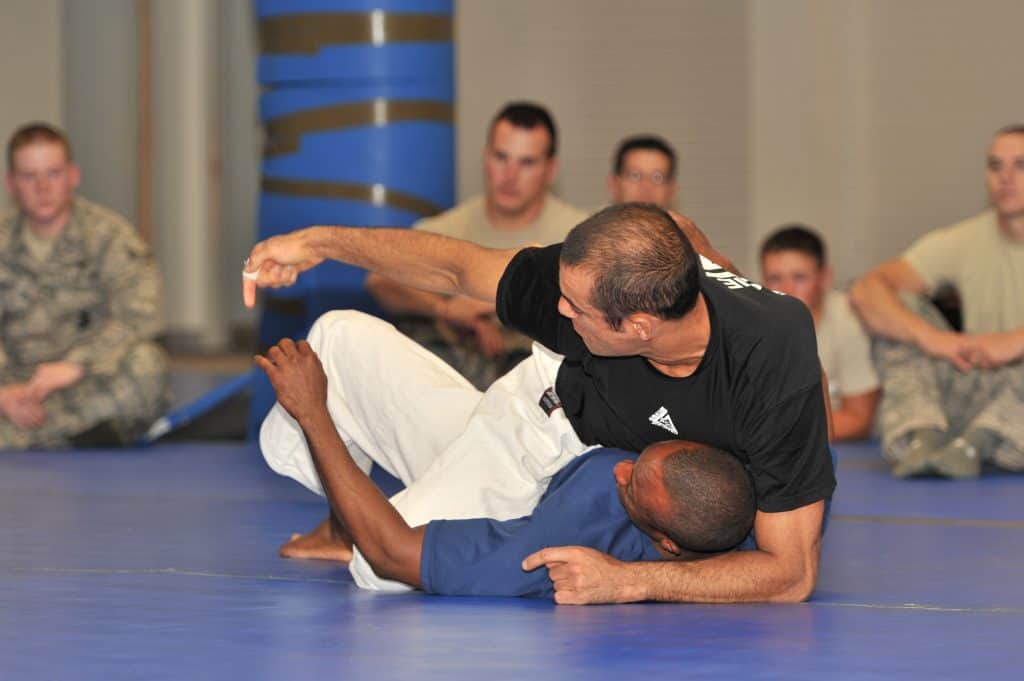 One of those days, a student showed up for class when Carlos was not around and Hélio offered to teach the class. He had memorized all of the techniques and after that, he became an instructor. However, being as frail as he was, some of the techniques were impossible to perform for him. Thus, he started modifying them to fit his body. As a result, Gracie/Brazilian Jiu-jitsu was created.

Hélio wanted to prove his system as thus he openly challenged all the reputable martial artists in Brazil. As a result, he fought 18 times, and even fought the world champion, Masahiko Kimura. He is, in fact, regarded as the first sports hero in Brazilian history and he was the embodiment of inspiration, determination, courage, and discipline.

Since the age of 27, Hélio Gracie discovered how unhealthy meat was and became a vegetarian. In fact, he followed the “Gracie Diet” which is a method developed his older brother Grand Master Carlos Gracie. This method of eating is based on combining right foods. Likewise, this diet is based on common sense as Carlos was aware of the important relationship between nutrition and physical performance. This diet tries to combine foods which will cause healthy chemical reactions. Moreover, thanks to this diet, your digestive process is improved and it prevents blood acidity and avoids fermentation. Hélio was an avid follower of this nutritional regimen and lived to 96. Due to this diet and being a vegetarian, he enjoyed enviable physical and mental health.

Basic Principles of the Gracie Diet

If you find yourself inspired by Helio’s story and you want to become a passionate advocate of the diet, there are several principles you should know about this diet.

Check out the last interview with Helio Gracie