Brazilian Jiu Jitsu history, just like any other martial art, stems from other arts that existed before it. It is very difficult to know exactly when grappling began as a sport or an art. There are numerous statues and paintings depicting men wrestling dating back to the 3rd century BCE. Regardless of how these arts were created, more important are the men that revolutionized them through blood, sweat, and dedication. Jiu Jitsu history has its fair share of heroes like these.

Jiu-jitsu was used by the samurai of Japan to kill their enemy or survive an attack at close range when sword fighting was not an option. The samurai were fearless warriors that were probably some of the most well-rounded fighters that existed in history. They were great archers, horseback riders, swordsmen, and hand to hand combat specialists.

Their armor was light and allowed freedom of movement, but still had its limitations. That is precisely what forced the samurai to develop a fighting system based on grappling. These are the foundations of Jiu Jitsu history. The motion was that in a hand to hand combat scenario on the battlefield, striking would have next to no impact against an opponent in full armor.

Henceforth,  the samurai developed a system based on throws, chokes, and joint manipulations to ensure victory. As it turned out, this proved to be highly effective in combat and is the first version of what is today known as Japanese Jiu Jitsu.

Dr. Jigoro Kano is the creator of Judo. He saw great potential in the arts that already existed during the 1800s in Japan, and eventually created Judo in 1882 changing Jiu Jitsu history forever. Judo was different from other martial arts of the time mostly due to the realistic sparring involved, also known as “randori”. This made Judo more realistic and allowed it to be tested in a real-life scenario with an opponent that was resisting.

Judo is a grappling martial that involves throwing, tripping, and sweeping techniques, all done with the Gi. The goal is to get the opponent to the ground and pin them there or get a submission hold.

Once you are able to apply your grips on an opponent’s Gi, you should be able to execute an attack. Prior to that people practiced more of the art aspect of martial arts without any real resistance. All the attacks were pre-arranged, like Kata demonstrations.

In order to test the effectiveness of Judo, in 1886 the Japanese police in Tokyo, Japan organized a tournament in which Judo solidified itself as number one. Out of 15 Judokas, 13 attained victories. One of Jigoro Kano’s top students was Mitsuyo Maeda (Count Koma). He is a major figure in both Japanese and Brazilian Jiu Jitsu history.

Maeda was sent to travel the world and spread the art of Judo, and in the process won over 1000 fights. During his travels around the world, he enriched his Judo knowledge with catch-wrestling techniques and tactics, as a result of the many different fighters he met and fought. Little that anybody knew that his travels would eventually be a huge part of Brazilian Jiu Jitsu history

Prior to learning Judo, Count Koma was a Jiu Jitsu practitioner, but once he adopted Judo he was able to become a well-rounded fighter and very hard to defeat. He finally decided to settle in Brazil where he opened his own Jiu Jitsu academy. One of his first students was a man by the name of Carlos Gracie. Carlos had a younger brother whose name was Helio Gracie.

Helio was not allowed to train at first, being sickly and weak. he managed to convince several of his other brothers that trained with Carlos to teach him in secret, though, and eventually turned up at Carlos’ school and proved he could train. As Jiu Jitsu history showed, Helio would emerge as a key figure in the creation of the sport. 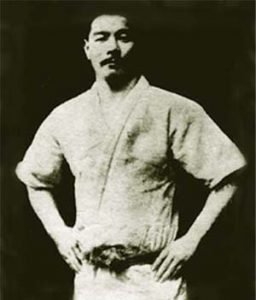 Carlos was the first to open up a Brazilian Jiu Jitsu academy but quickly turned his attention towards the business side of things. Helio, on the other hand, was all about the technical aspects of their new version of Jiu Jitsu.

A well-known fact of Jiu Jitsu history is that Helio was very brave and challenged anybody that wanted to test him and the Gracie Jiu Jitsu. He was able to really adapt and refine particular techniques to fit his style and physical frame.

The art of BJJ was created for self-defense purposes. The Gracies’ goal was to make it effective against larger and stronger opponents. They also utilized the best way to prove that it worked, by challenging everyone to come and test their skills against their skills.

A major pinnacle for Brazilian Jiu Jitsu was one of Helio’s most popular fights. He faced the best judoka fighter from Japan, Masahiko Kimura. Kimura won the fight, but it was not an easy win for him due to Helio’s toughness and technical abilities. The great judoka recognized Helio’s skills and the value of Brazilian Jiu-jitsu, so he invited the Gracie to go and teach BJJ in Japan.

BJJ allowed the refinement of the ground game, so the base of it was ground fighting and submissions. What BJJ introduced to the world of martial arts, was the option to fight offensively with the back on the ground, something no other martial art offered up to that point. In the early days, being able to neutralize an attack from a weapon was also a part of Gracie Jiu Jitsu. 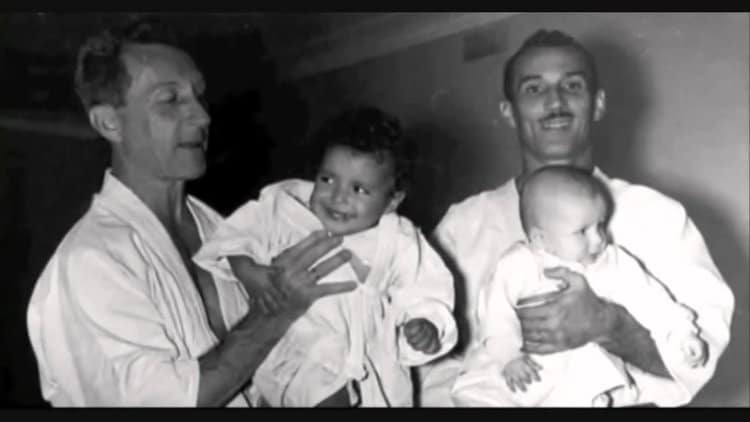 The Gracie family were the pioneers of BJJ not just in Brazil but also in America. Rorion Gracie, the eldest son of Helio, came to America and began teaching Brazilian Jiu Jitsu. In the beginning, it was difficult to establish BJJ as a fighting style. Striking dominated the martial arts circuit in the U.S. In order to prove BJJ is superior Rorion created the Gracie Garage another staple in Jiu Jitsu history.

What he did was run a BJJ gym out of a garage and used the challenges his father and uncle issued in brazil to offer anybody the chance to challenge him in a fight with no rules. Rorion dominated his opponents and established BJJ as a force. He also sent his students to fight instead of him, to prove that BJJ can work for everyone. That was the first step to spreading BJJ outside of Brazil.

Brazilian Jiu-Jitsu exploded when the Gracies created the UFC, once again as a challenge, but this time on a much grander scale. The first few editions of the tournament featured no gloves, rounds, referees, or rules. The setting was a caged octagon. Royce Gracie was chosen to represent the family in the tournament.

Royce was able to defeat all of his opponents by submission and win the first-ever UFC title. This achievement was another hallmark in Jiu Jitsu history and it solidified it as a martial art that commanded respect.

Thanks to many sacrifices, today BJJ is one of the fastest-growing sports in the world. The Ultimate Fighting Championship (UFC) had a massive role in Jiu Jitsu history when it comes to the affirmation of the sport worldwide. Jiu Jitsu still plays a major part in today’s MMA community.

Most BJJ schools still practice some form of the traditional Gracie Jiu Jitsu, but without striking. The martial art is a full-blown sport nowadays, with all kinds of tournaments. Moreover, there are certain schools that like to do things their own way, like 10th Planet Jiu Jitsu (they train without Gis), or John Danaher, who likes to challenge dogmas of grappling.

Tournaments such as the Eddie Bravo Invitational have introduced something new a well, both in pure grappling and in Combat Jiu Jitsu, which has open palm strikes added. All fo these are huge leaps forward for BJJ, and notable moment in Jiu Jitsu history.

The future Jiu Jitsu practitioner will be very well rounded and proficient in both Judo and Brazilian Jiu Jitsu. We are already beginning to see this. Travis Stevens, 2016 Olympic Judo medalist is a great example. Both arts have come a long way and their evolution continues.

The Jiu Jitsu history is by no means complete, and there is still a lot more to learn, create, experiment, and achieve in the sport. the future of BJJ certainly looks bright, and there are plenty more pages to be written in the books of Jiu Jitsu history