Self Defense a Grappler’s perspective

Last updated on 29.06.2019 by Bojan
Table of Contents show
1 Mental Aspect of Fighting
2 Common Sense
3 Weapons vs. Knuckles
4 Before the Fight Happens
5 After it Happens: A Grappler’s Perspective

We’ll focus on what goes on in our heads when we fight for a bit, just because it is something that people forget about. Combat sports practitioners often have an advantage because even if it is not a real-life self-defense situation, they do have experience fighting. By fighting we don’t mean throwing hands or just grappling. It’s the mental action of standing up to someone with the intent to beat them, be it by means of submission, points or strikes. Even if it’s a point win, during the last 20 seconds of a match the opponent is going to do everything he can to score or defend the points he has already scored. You’ll probably expend more energy at a moment like this than on a surprise submission. That reality, of forcing your will onto someone who does not want to be controlled is what makes combat sports so good. 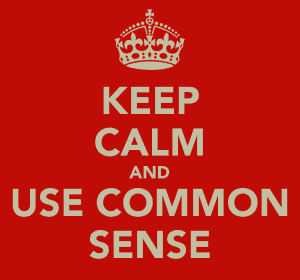 Life throws many things at us. The possibility of getting into a fight is there even if you’re not one to drink and rage. Having an idea of what to do is always to the good. You can go ahead and train something that might translate well on the streets. But even if you don’t, common sense and an alcohol-free mind will keep you safe.

A physical attack is distinguished as armed or unarmed, and there are many self-defense systems out there, each teaching different things for both cases. ‘I remember, as a kid, I used to glimpse parts of self-defense seminars. I used to think: wow, they really know their business. This guy can ragdoll someone even if they have him under gunpoint.’

Truth is: reality is much different. We wouldn’t go so far as calling using your hands intentionally against someone who has a weapon stupid, but it’s definitely not something you should risk. Remember, life is not a game. You’ve only got one. You can’t do a rollback or load a saved game. Still, if you’ve run out of options: better something than nothing.

CQC is an acronym of Close Quarters Combat. We’ll go into this a bit because these people are the best of the best at armed encounters. Special Weapons and Tactics Teams who train in close quarters combat never go for hands against guns. Priority is ‘get to your weapon first.’ They have come up with ways of attack which will be planned, sudden and violent. Hypothetical reactions can never match the tried approach of hundreds of thousands of armed encounters. Question is: ‘Why are we even discussing this? This is a BJJ article.’

Well, the point is: don’t bring a knuckle to a gun fight. You’ll lose every time. Since most governments sanction carrying a gun, we’d best use our wit and words to get out of potentially dangerous situations.

Before the Fight Happens

Even before you fists start flying, there are many things you can do. Sometimes combat sport coaches draw an analogy between their sport and a conversation. I can vouch for this because my own coach often makes the comparison between Brazilian Jiu-Jitsu and a conversation. Instead of using words, we use sweeps and positioning, grips and setups. If the partner or opponent has no reply ready, he gets submitted or swept.

Back to the preemptive reaction; It is relatively easy to recognize when someone is about to attack you, or at the very least that they’re going to want to clash heads. Body language and tone of voice speak loads. Truth is: you can checkmate someone even before things escalate into the physical.  Don’t raise your tone of voice. Talk to someone else. Excuse yourself.

However, if you’ve got tools at your disposal that you can use effectively and there’s no other way, do protect yourself suddenly and violently.

After it Happens: A Grappler’s Perspective

So far we’ve discussed how to stop a street fight from happening. It didn’t work. What now? You have to consider where you’re safe in terms of distance. As Rener puts it, you’re safe all the way out, or all the way in. We’re grappling specialists or at least, that’s what we strive to be. If you’re a grappler, the clinch is your friend. This fact notwithstanding, whatever position you’re most comfortable in, that’s where you should be, even if that position is the guard. If you’ve done little clinch work, pull guard as soon as possible.  However, if you see a weapon, know that you do not have the upper hand. Although, possible to put someone to sleep even if they do have a weapon, you’ll only be putting them to sleep. You do not carry murderous intent. The fact that someone is carrying a weapon signals one thing: they plan on using it. It’s really not your job to give people like that an opportunity to vent. Stay safe.

1 thought on “Self Defense a Grappler’s perspective”