6 of the Best BJJ Schools In The World 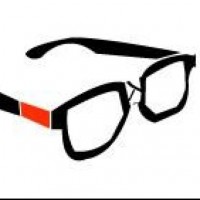 When it comes to the word ‘best’, this is obviously subjective and brings up much debate and arguments. That said, the stats don’t lie and some BJJ schools obviously produce more champions compared to others. This isn’t a denigration against the smaller, local academies who might only be getting good results at local tournaments at best; remember that competitors make up only a small percentage of the total number of BJJ practitioners worldwide so a competition-focused school may not actually be the best option for your average Joe.

That being said, for those with aspirations at winning at the highest level of BJJ competition, let’s take a look at some of the best BJJ academies around today. We’ll divide them into 2 categories: Brazil and USA because at present, these are the 2 countries where all the best guys are coming out from, although we expect Europe to soon become a dominant force as well.

The 6 Most Competitive BJJ Schools in Brasil and USA

#1: Alliance Sao Paulo
Led by the ‘General’ Fabio Gurgel, the Alliance headquarters in Sao Paulo has seen a myriad of top level fighters emerge from its depths. Just to name a few, we have Michael Langhi, Michel Langhi, Rubens ‘Cobrinh’ Charles, Marcelo Garcia, Sergio Moraes, Tarsis Humphreys, Bernardo Faria, and Lucas Lepri. When it comes to producing top BJJ fighters, Alliance SP is has the finest pedigree among BJJ schools. 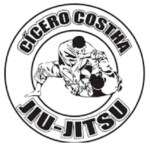 #2: PSLPB Cicero Costha
PSLPB stands for ‘Projeto Sosial Lutando Pelo Bem’; this academy, led by Cicero Costha is his way of giving back to the community through the art of jiu-jitsu and many of its fighters come from underprivileged backgrounds. Notable fighters who have emerged from this academy are world champions Leandro Lo and the Miyao brothers. Training at this academy is known to be extremely tough and every day is an absolute war on the mats.

#3: GFT Rio
Led by Julio Caesar, this is another small (in terms of physical space) BJJ academy in Rio de Janeiro that has had an outsized influence on the BJJ scene. BJJ fighters such as Rodolfo Vieira, widely considered to be one of the most dominant BJJ athletes of all time emerged from this academy, with other notable fighters including Vinicius Marinho, Vitor Silverio, Jaime Canuto, and Patrick Gaudio.

#4: Atos HQ
Based out of San Diego, widely considered the new Mecca for BJJ in the United States, Atos headquarters led by Andre Galvao, this school has seen many athletes, particularly from Team Lloyd Irvin move over to train under the legend, and have now become part of his A-squad. These include Keenan Cornelius, Andris Brunovskis, JT Torres, and Mike Carbullido.

#5: Renzo Gracie NYC
While perhaps not the most famous in terms of pure BJJ accomplishments, the Renzo Gracie team, with the previously hidden-gem John Danaher as one of the main instructors there, is one of the largest BJJ schools in the States (if not the largest). Black belts are plentiful and in recent years the Danaher Death Squad, consisting of Garry Tonnon, Eddie Cummings, and Gordon Ryan have all been representing the name strongly in professional submission grappling events.

#6: Marcelo Garcia NYC
Practically neighbors to Renzo’s, Marcelo’s in recent years has produced its own crop of champions with names such as John Satava, Mansher Khera, Dillon Dannis, Gianni Grippo (previously of Renzo’s), Matheus Diniz and Marcus Tinoco among his ranks. With the recent addition of multiple world champion Bernardo Faria as a main instructor; the success of this BJJ academy can only continue to grow.