Where to Train in Saigon, Vietnam

Saigon, more commonly known as Ho Chi Minh City (HCMC), is rapidly emerging as a center for BJJ in South East Asia. Athletes travelling in the city are greeted with a myriad of dojos tucked into flowery neighborhoods, built into community centers, and incorporated into modern shimmering high-rises. Visitors to the city’s six (plus or minus a few) academies can expect sore muscles, hard rolls, strong coffee, and seemingly endless beautiful sunsets. 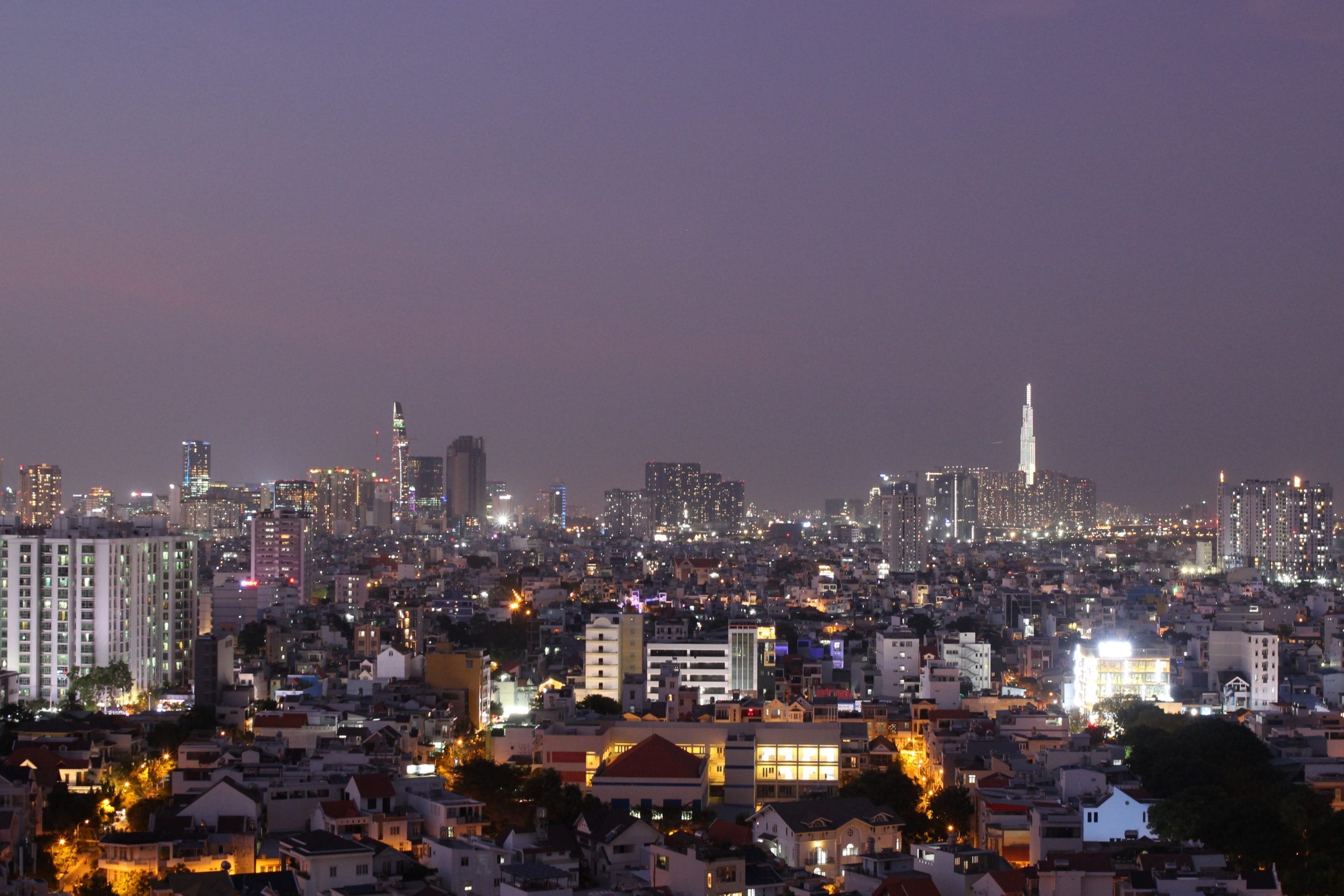 The following list comprises academies the author has trained at personally. This is intended as an instructional guide for travelers and does not assign ranking.

The majority of dojos in HCMC are owned or run by expatriates. While Ho Chi Minh’s 9 million residents are rapidly adopting modern martial arts, Brazilian Jiu-Jitsu is a recent foreign import. Apart from a select few, the majority of colored belts (higher than Blue) are held by expatriates. Therefore, expect English instruction (some exceptions will be discussed below). Similarly expect to be rolling with people from a mix of backgrounds — Americans, Europeans, Koreans, Japanese, Viet-Kieu, and Vietnamese — to name a few.

Jiboia, meaning boa constrictor, is a Gi, No-Gi, Muay Thai, and MMA gym with outstanding views and instruction. The gym, which has been located in several sports clubs and community centers over the last few years is owned by Black Belt Professor Gilberto “G” Bottiglieri, with Black Belt Luiz Finnochio, and Purple Belt Paul Virgen playing key roles in its operation.  Jiboia’s present location in HCMC’s District 2 boasts ample mat space and panoramic views of the city. Classes range between 10 ~ 20 people and feature a mix of athletes (men, women, locals, and expatriates).

Jiboia features a mix of classes for a mix of skill levels. Classes are usually taught by one of two Black Belts, “G” or Luiz, and are generally organized, challenging, and structured—warm ups are followed by a technique and concluded with open matt/sparring. English is the primary language of instruction, but Spanish, Portuguese, Chinese, and Vietnamese speakers are available to help with translation.

While the men and women of Jiboia are welcoming to guests, attending athletes are expected to be look and act respectably. G expects tidy gis, and adheres to a traditional Jiu-jitsu hierarchy. Lower belts must make room for higher belts when rolling, and classes conclude with bowing.  For more information about Jiboia check out: Jiboia Training Report

Built into a modern sports complex (Star Fitness), Saigon Jiu-Jitsu boasts a beautiful well air conditioned facility filled with slippery gray mats. Drop-ins, who are always welcome, will find decent views and excellent rolls. Classes, while adhering to a somewhat incoherent schedule, are organized and informative. Attendees range between 5 ~ 30 athletes depending of the day. SJJ boasts a female only class on Wednesday nights, and the weekly 1:30 to 4:30 Sunday open mat might be the best in the city. As with most gyms in Vietnam, English is the primary medium for instruction despite athletes hailing from a myriad of nationalities.

The farm is named for the beasts roll there and for its location on the outskirts of Nha Be. This gym grew out of a Lute Livre gym (thus SLL…Saigon Lute Livre) founded by Erik Koehne in the early 2010s. After Koehne’s departure in 2019, SLL changed to its present location and the name “The Farm” was adopted.

Presently owned and operated by Purple Belt Eric Adams (known amongst local practitioners as EA), The Farm is known for its welcoming atmosphere and excellent rolls. Its facility has large clean mats and its classes, attended by a committed mixture of expatriates and locals, are taught in English. SLL provides excellent rolls, and often adopts a welcome unconventional format to instruction — hierarchies are less rigid, Q&A days are common, and open mat sessions often feature the card game “Game of Rolls”.

Despite the name change, Adams and Koehne remain in collaboration. This is one of two gyms in HCMC with a sister gym in the United States: SLL Grappling Academy in Rocklin, CA.

Drop-ins are welcome, but should message in advance to avoid getting lost in transit. 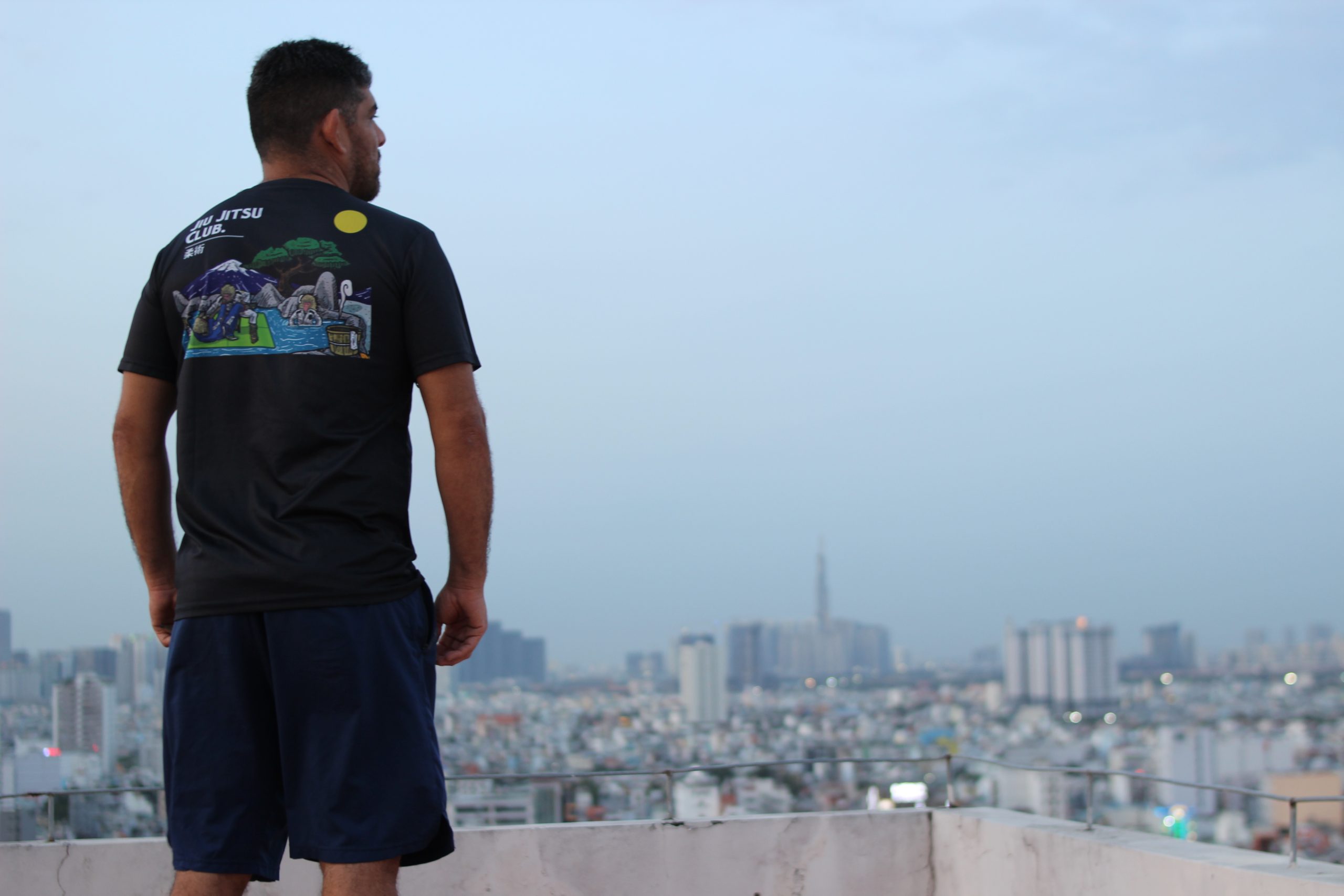 Kimura BJJ Saigon is associated with Kimura BJJ. This somewhat hard to find academy is located in a residential neighborhood of HCMC’s district 2. Its founder Professor Tho Vu is a French-Vietnamese Black Belt, and an important contributor to growing Jiu-Jitsu scene in Vietnam. KBJJ caters to a local crowd, but is welcoming to drop-ins who message ahead. While their facility has changed location several times, it remains clean and professional. This gym is very traditional and observes strict hierarchies. Attendees can expect hard work outs and harder rolls. Instruction is conducted in English, French, and Vietnamese.

Other Gyms, Dojos, and Academies:

Victory MMA, while not strictly a BJJ gym, is a recent addition to Saigon’s diverse offerings. This gym, located in Ho Cho Minh City’s expatriate district, has quickly developed a reputation for good rolls.

HCMC hosts several other facilities catering to the rapidly developing Jiu-Jitsu market. These include the up-market Saigon Sports Club, a ubiquitous UFC gym, and the Korean owned Zero Point Jiu-Jitsu.