The Brazilian Jiu Jitsu competition scene in 2020 is notably deserted as a result of the Covid-19 pandemic. While some organizations decided to completely empty their calendars, others, like the AJP (formerly known as UAEJJ), thankfully, kept the faith. The AJP Tour Season 2020/2021 is far from being null and void, and it will resume at the end of August 2020!

About the AJP Tour

The AJP Tour stands for the Abu Dhabi Jiu Jitsu Pro Tour. It is a Brazilian Jiu Jitsu organization that holds tournaments all across the world. The AJP is the successor of the UAEJJF, a federation that was the IBJJF’s main competitor on a world scale.

Currently, the AJP Tour Season 2020/2021 is the organization’s sixth year running since the AJP Tour’s inception in 2015. The Tour’s goal was to elevate professional Jiu Jitsu to a whole new level.

How The AJP Tour Operates

The AJP Tour refers to the annual organization of international events culminating in the Abu Dhabi World Pro event. Throughout the year, the AJP Tour usually hosts about 80- tournaments in countries all around the globe.

The events hosted by the AJP Tour each season are mostly national championships, held in different countries and cities. Moscow is the latest city to be added to the list of continental “hub” cities for the AJP Tour. There are also five major events, called Grand Slams, which take place in London, L.A., Tokyo, Rio De Janeiro, and Abu Dhabi.

The AJP tour draws a lot of attention from competitors of all levels, from white belts to world champion black belts. In order to qualify for the World Pro event, competitors must accumulate points. The points are awarded based on performance in each AJP tournament a competitor signs up for.

As a result, the most successful competitors from each weight division of all belt levels and age categories qualify for the World Pro.

In fact, those with the most points get to enjoy some additional perks as well. First ranked competitors get a ticket for the World Pro, free accommodation, and have their entry fee waived. Second and third-placed get two or one of those paid for, respectively.

While many competitors would be happy to lay it all on the line just for pride, AJP sweetens the deal by offering a cash prize to the competition’s winners.

The AJP Tour season 2020/2021 did take a hit with the pandemic, as did the rest of the world. However, there’s certainly light at the end of the tunnel with 9 events still confirmed to take place in 2020.

Despite already having held events on six continents, plenty more were canceled. Luckily, the AJP Tour figured out a way to complete the tour, and the World Pro.

The people behind the AJP Tour are highly experienced when it comes to running Brazilian Jiu Jitu tournaments.  The UAEJJF was formed in 2009, and their experience is apparent from the level of quality of their events and global reach.

One feature that differentiates the AJP Tour from most other competitions is that every match of every tournament, regardless of belt level, is broadcasted live via streams. The streams are available in over 60 countries and to more than 10 million people.

While it is clear that the AJP Tour Season 2020/2021 is going to be shorter given the Covid-19 circumstances, AJP normally runs an impressive number of competitions. Last season (2019/2020) they hosted the following 78 events:

The AJP is working closely with local and national governmental regulatory bodies as well as private entities and sports organizations to make sure their events are conducted safely and in accordance with local regulations. 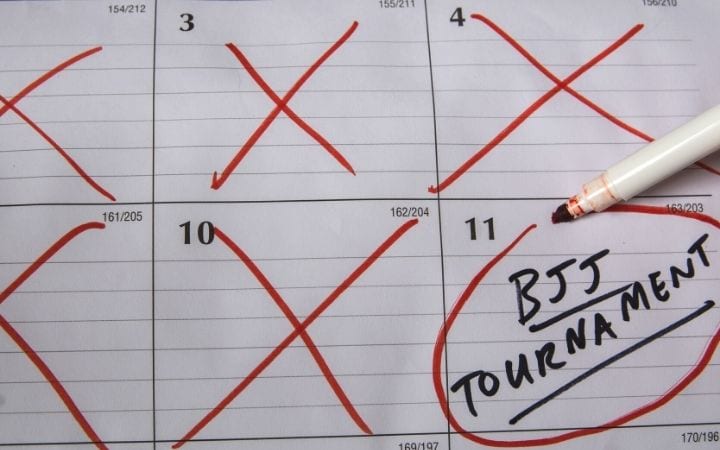 You can check out the entire list of events on the AJP Tour website. Registration is now open for several of the following confirmed events:

Several events are still to be confirmed, although they have not yet been canceled. Even the events that have been confirmed are subject to change, so consult the AJP Tour website for the most up to date schedules.

So far, the 2020/2021 rankings have been frozen, until the date for the World Pro is set, which is expected to be some time in November of 2020. All the dates and locations remain subject to change.

The AJP Tour is a clear example of what professionalism in Brazilian Jiu Jitsu can look like. With hopes that the pandemic won’t interfere with the continuations of the AJP Tour Season 2020/2021, we’re looking forward to seeing how BJJ tournaments will look in the “new normal.”

Stay tuned to Jiu Jitsu Legacy for more information regarding the AJP tour, World Pro and everything Jiu Jitsu related.

Sorry, no posts were found.