This year, the UAEJJF ran Grand Slam London as a closed event, to minimize the potential spread of the Coronavirus. Competitors were allowed to bring one person to join them at the event.

According to the UAEJJF, “This decision aligns with the Federation’s commitment to embody the values of the sport of jiu-jitsu and provide an exceptional experience to all athletes, audience, and partners.” 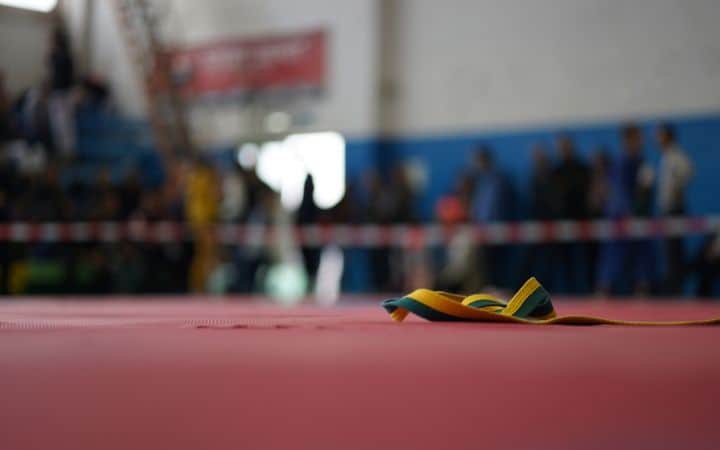 With the Grand Slam London results in, the number one ranked team, is currently Checkmat International.

For male black belts, the first place winners were:

In the 94kg division, Jackson Sousa and Adam Wardzinski fought through opposite sides of the bracket, only to meet each other in the finals. Wardzinski managed to win the division with a 5-4 lead over Sousa.

For female black/brown belt, the first place winners were:

The finals of the 62kg division pitted Ffion Davies against Julia Mael. Despite her best efforts, Mael could not stop Ffion’s momentum in the match that ended at 7-0.

Before the high profile names of the black belt divisions competed, several hungry blue belts attempted to make their names. Day one of Grand Slam London featured a strong blue belt presence. Several blue belt champions were medaled in over 30 divisions, including, juvenile and master’s divisions.

Grand Slam London will prove to be a vital testing ground for competitors planning to compete in the Abu Dhabi World Pro Jiu Jitsu Championship.

The Grand Slam series is the second-highest rank qualifier in the AJP tournament series. Aside from AJP world ranking, points earned at Grand Slam London have the potential to majorly affect an athlete’s seeding at the ADWPJJC.

However, due to the growing international concern of the Coronavirus, the ADWPJJC has been postponed until further notice.

“To support international efforts to limit the spread of COVID-19, the UAE Jiu Jitsu Federation (UAEJJF) has decided to postpone all remaining sports events and activities until further notice to support effective preventive and precautionary efforts,” the UAEJJF stated.

With AJP 2019/2020 nearing its end, the finale is proving to be eventful. Rising health concerns over the Coronavirus have restricted or outright canceled many recent Jiu Jitsu events.

Although AJP’s schedule has been affected by the contagion concerns, Grand Slam London still proved to be an exciting event.