How To Master The Complex Art Of BJJ Grip Fighting

Last updated on 03.12.2020 by Bojan
Table of Contents show
1 The Importance of Grip-Fighting
2 Creating Aforementioned Conditions
3 Wrist grips and Collar Tie
4 The Underhook
5 The overhook

This oftentimes neglected aspect of all grappling is a science in its own right. Most schools teach technique in an isolated fashion. I’ve always thought that understanding when to go for a technique is much more important. I remember when I first gave the flower sweep a try. I thought, ‘Wow, this is definitely going to work’. It does. Everything works if you create the necessary conditions to make it happen. You could theoretically throw a pencil at someone and they’d go down in a heap if you catch them at the exact moment when they’re really off balance. Well, that’s a bit of an overstatement. But that’s the idea. Create sweeping or throwing conditions and you’ll sweep or throw with anything you want. I’ll also add that BJJ sweeps are much stronger than a card. 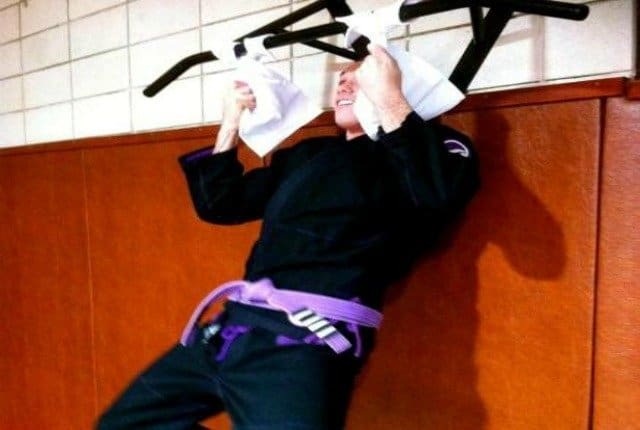 This was supposed to be a grip-fighting article, right? Yeah, well it still is. Remember how we talked about creating the necessary conditions for making something happen? Well, that’s almost exactly like saying ‘position before submission’. Thing is: the guard isn’t a dominant position. But, submissions do happen from closed guard, and often at that. What exactly qualifies good positioning then in non-dominant position situations? We’ll tell you. It’s the grips, and ‘positioning’ of course.

If our opponent’s had no arms and legs, we’d need no grips. We could just roll them around like funny little tree trunks. J But we do have arms and legs and they are what’ll stop us from doing what we want to each other. Don’t go looking into this analogy too far though. I’m just trying to point out how grips matter.

We’ll just list a couple of basic grip-sequences for your benefit.

This is probably the first grip you’ll learn or have learned. Remember the armbar. You grip the back of your partner’s neck and mirror or cross-grip an arm. Well, that’s just a variation of the collar tie from guard. The back-of-the neck grip qualifies the grip as a collar tie. Wrist bends and pulls the neck in. Wrist-bone digs into opponent’s collar, giving you effective posture control similar to muay that’s plum.

Controlling the arms, on the other hand, is much more straightforward. You can go for over-grips or under-grips depending on how your wrists are aligned. Wrist pointed up: under-grip. Wrist pointed down: over-grip. The great thing about these grips is that your opponent won’t be able to grip you and because of that fact not attack you. The not-so-good-thing is that wrist grips without a kimono are easy to break and more often than not they’ll give you a chance to attack for only a couple of seconds.

The underhook gives you a lot of options when it comes to BJJ.  Really, it gives you the ability to move the shoulder you’ve attached yourself to and then if you dig deep you might even get the back.

The overhook is the sister-handle of the underhook except instead of digging into the armpit from the front or rather under, you dig over the underhook. The good thing about this grip is that you’re on top. The bad thing is that your opponent is under you. It’s kind of a fifty-fifty position.