When you’re starting out as a white belt, the black belt can seem almost mystical; an almost impossible accomplishment that you think you will never be able to achieve. The way even blues and purple belts can casually chat with their training partners sitting off the mat while they casually kick your ass can make the journey ahead seem long and hard. And make no mistake; it is! But with the right mindset, you will be able to enjoy every step of the journey and get the most out of it.

You will spend most of your time getting smashed, grinded on, and submitted. Get used to it. If you are one of those big and strong white belts, it is probably very tempting to use your size and strength to dominate other white belts and maybe even the smaller higher belts. Resist this pull of your ego and save that for competition. During training, try to use as much technique as possible; even when you are defending a technique, pay attention to the set up and positioning and try to use the correct technical response. Think long term success, not short term victories; remember that white belt is the very beginning there are still plenty more Brazilian Jiu Jitsu colored belts to earn! 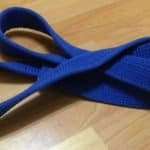 The first Brazilian Jiu Jitsu colored belt; by now you’ve got a pretty decent repertoire of the basic techniques. You can probably easily dominate any newcomers to the gym, barring significant physical advantages, as well as most white belts. You love learning new techniques; so much so that you seek it out constantly, on the web, from DVDs, social media, anywhere! Avoid this trap! Being a technique collector will only yield you surface level knowledge and ineffective application; instead focus on getting good at 2 to 3 moves from each position and branch out from there. 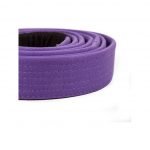 This is the most fun among the Brazilian Jiu Jitsu belts and is when you really start to ‘get’ Jiu Jitsu. The best advice we can give you during your purple belt days is to really solidify your key competition moves. This is the best time to really identify your strengths and weaknesses and to also look at understanding the concepts behind each move instead of just the how. Understanding of the concepts enables improvisation and that is what allows higher belts to ‘break’ some of the basic rules that you were given at white and blue belt.

At the brown belt level, in terms of skill and technique, you might already have all the ingredients necessary to be a black belt. Many brown belts actually have even greater skill levels than most black belts; however it is usually some other aspect that is holding them back. Focus on giving back to your teammates, especially the lower level ones, reflecting upon how much the higher belts helped you when you were a lower belt. Teaching is also not a selfless act, when you begin to teach you will find yourself understanding the techniques more deeply as you try to express them in simple words. 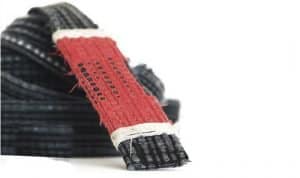 The last Brazilian Jiu Jitsu colored belt (red and coral belts aside); the cliché holds true: when you reach black belt it’s like staring over at white belt all over again. While black is obviously the most revered out of all the Brazilian Jiu Jitsu belts, black belts know how little they actually know. Of course, most lower belts feel that the above cliché is pure nonsense; it is only when they reach the black belt level that they will attain a similar mindset and level of wisdom – that the journey is long and never-ending and in the end, the black belt is simply the beginning.