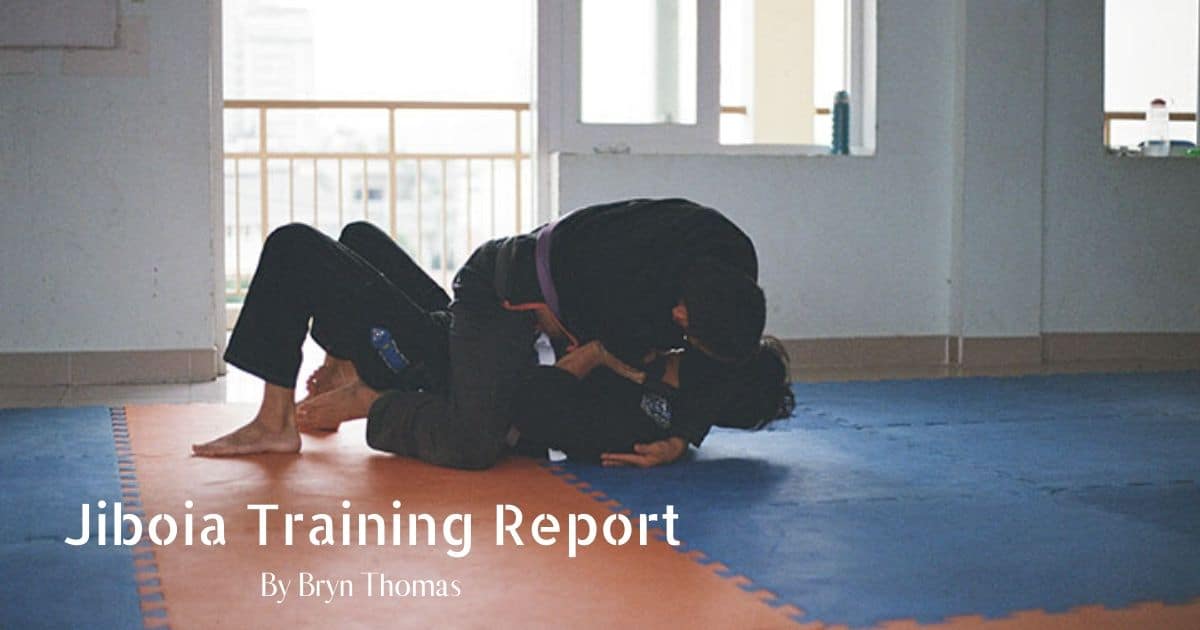 “We are here to train.” The answer, to his students, is self-evident. An American purple belt offers “If you guys need, you can shower at my place. I live Just down the street.”

The water has been shut off for some reason or another. The “shower”, if it can be described as such, is a garden hose with a showerhead attached. Its located on the fifth floor in a public bathroom.

“The showers at our last location were amazing” Laments Gilberto, “This place has the mat space and the location, but the showers suck”.

Gilberto’s students continue to show up and train despite the issue. The athletes at Jiboia are used to making it work. What Jiboia lacks in bathing facilities it makes up for with a committed welcoming community. Everyday between ten and thirty of students come to evening classes at 7:30. Training is hard and regimented, but the community is supportive.

“This is a developing country” is a common refrain. 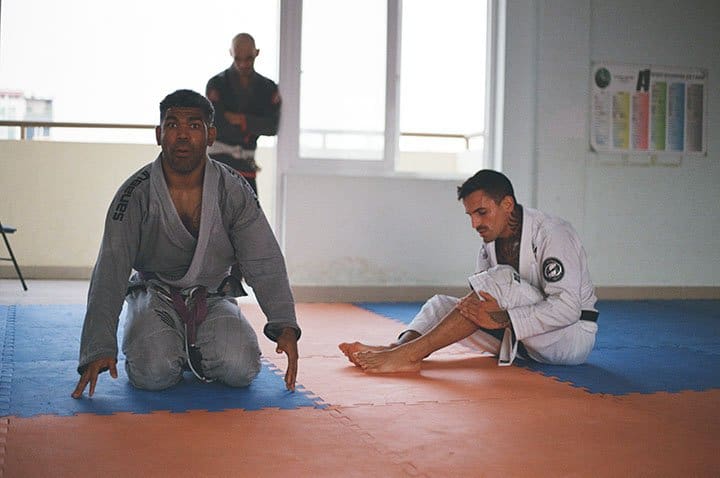 Jiboia, meaning Boa Constrictor in Portuguese, is a Jiu Jitsu team founded by Black Belt Gilberto Bottiglieri (known to his students as G) in 2017 with the goal of spreading Jiu Jitsu in Vietnam. In the three years since its conception Jiboia has been headquartered at three locations in District 7, an expatriate bubble in HCMC.

While the location has changed three times in three years, the quality of instruction has remained exceptional. Since its conception, Jiboia has maintained a loyal and committed core of athletes. On any given night of training, a drop in can expect an even mixture of colored and white belts, men and women. Classes are taught in English, but Spanish, Vietnamese, Chinese, and Portuguese can be heard around the gym. 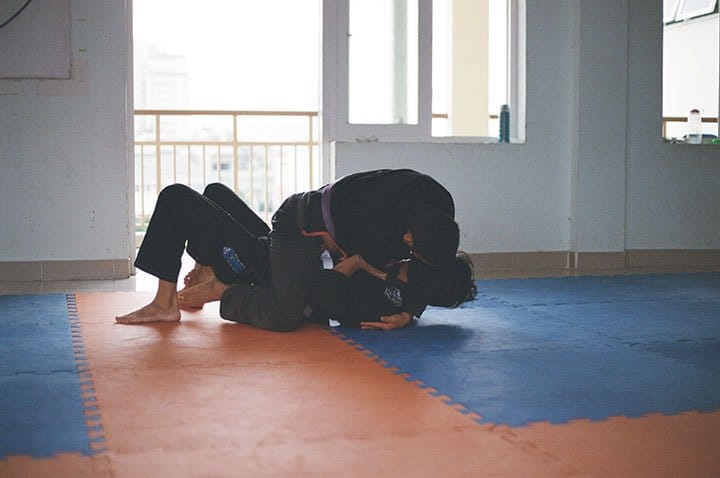 Drop ins are welcome. They are a mixture of tourists, members of other clubs, and occasionally famous Jiu Jitsu names from around the globe. Gilberto and his close friend Luiz are travelling athletes with strong connections to the global Jiu Jitsu community.

“You don’t go to HCMC and not stop by Jiboia” a recent drop in boasted.

Jiboia’s present facility is on the 5th floor of a community center in a sleepy suburban neighborhood. Boasting 8 by 30 meters of mat space, Jiboia provides plenty of room for grappling. Unlike many gyms in the region, athletes at Jiboia can practice stand up without crashing into each other, slipping, or throwing their partners out a window.

The training area is made of the ubiquitous red and blue mats found across Asia. One meter by one-meter pieces held together by a zig zag pattern along the edges. They are kept immaculately clean, being mopped four times a day, before and after every session. The gym is unairconditioned and a lot of sweat gets spilled.

The mat space at Jiboia is flanked by balconies on two sides and features a large bust of Ho Chi Minh at one end of the gym. During the daylight and morning sessions, the facility has a beach club quality. Golden sunlight spews in through the two balconies, birds chirp in the trees outside, and the neighborhood is quiet. Athletes move between the gym’s balconies and mat space; Sublime plays on the stereo. Every other sentence starts or ends with the word “bro”. 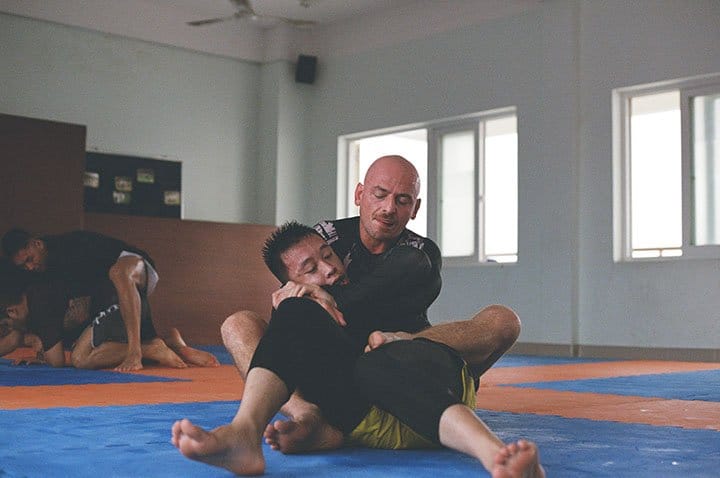 “I spend my entire week in a windowless classroom” Explains an American Blue belt “it’s so nice to come here on the weekends. A lot of good vibes”.

Good vibes are easily found at Jiboia. The team has done an excellent job of creating a community. Rolling sessions are frequently followed by trips to Tippy’s, a local Mexican joint. From there, the squad spends the rest of the day listening to hip hop by the pool. The weekends are spent supporting a local athlete’s band at the Caravelle Hotel. Drop ins can expect to be invited out for team dinners and drinking sessions.

Students are frequently given nicknames based on appearance, fighting style, or their eccentricities. G is able develop close relationships with his students, and even on the busiest days finds time to give one on one advice. The candor and instruction is colored with off color humor, but disrespect towards rolling partners is not tolerated.

G is a technical smasher and submission hunter. His style is a mixture of relentless pressure and sudden, slick submissions. Experienced students will be greeted with effective modern techniques, while inexperienced students will be taught strong fundamentals. Classes follow a traditional format: group warmups, followed by drilling, a technique of the day, and open mat.

Athletes are expected to be clean and presentable at the beginning and end of class. Belts are to be tied, mouth guards to be worn, and nails to be clipped. The club adheres to strict standards regarding the conduct of its members. Gilberto will notice if your belt is missing a stripe.

Considering the issues with the showers, the strong sense of community, the climate, and fighting spirt, it’s an apt comparison. Those seeking fantastic instruction, a competitive atmosphere, and a sense of community In Vietnam should look for further than Jiboia BJJ Saigon. 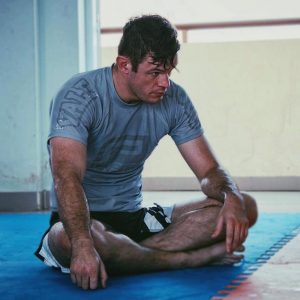 The photos as taken by Oleksandra Vovk

Bryn Thomas is an American Blue Belt dividing his time between Taipei, Taiwan and Hochiminh City, Vietnam. He holds a master’s in Asian studies and is fluent in Chinese. He enjoys photography, writing, and Brazilian Jiu Jitsu. As an Ultra-heavyweight living in Asia, Bryn spends the majority of his free time searching for men his own size. You can check out more of Bryn’s work on Instagram. 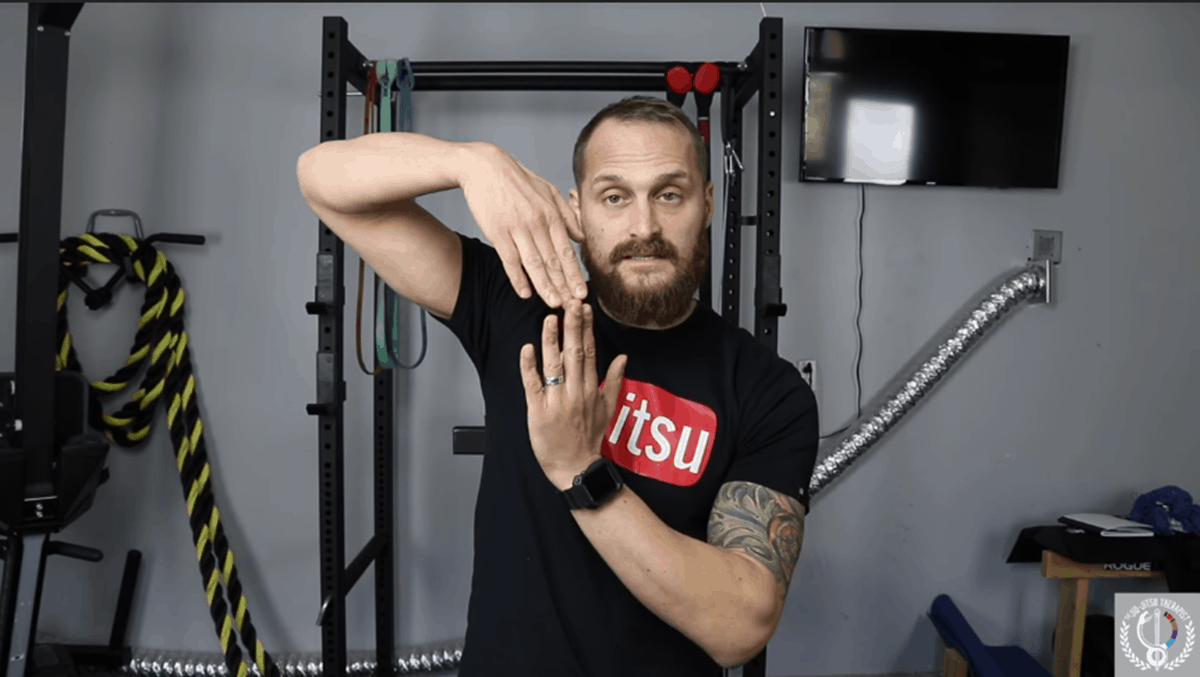 One Tip on How to Prevent Knee Injuries in BJJ 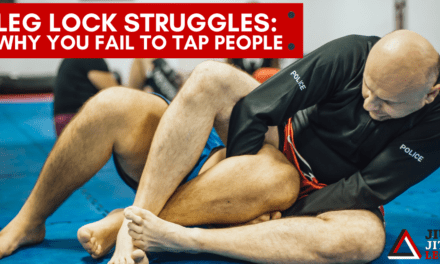 Leg Lock Struggles: Why You Fail To Tap People 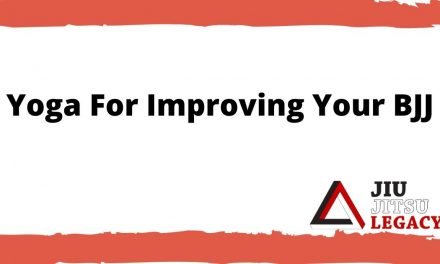 Yoga For BJJ: 5 Poses To Improve Your Grappling Abilities 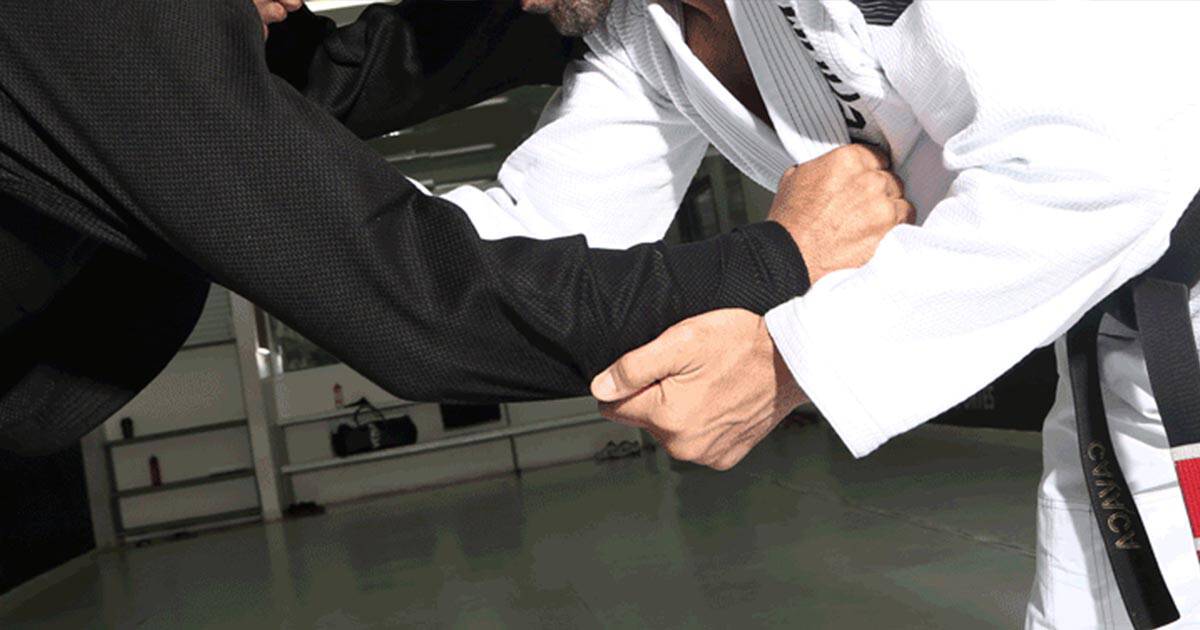