It so often happens that Brazilian Jiu-Jitsu practitioners start feeling like they’re stagnating, like they’re not improving. In fact, some might even say they’re getting worse. If something like this is getting to you, you’ve probably hit a plateau. What’s going on is you’ve probably put yourself in the same scenario one too many times. For example, you’ve figured out the De La Riva early on and had a lot of success initially, perhaps even for months on end. But now, people are starting to counter your sweeps and hooks. They’re developing guard specific passes and you’re getting passed, maybe even submitted. The human intellect is a thing of beauty. It can find a way out of anything. There’s nothing we can’t figure out given enough time in the same scenario.

You’ve got two options. Do something. Take measures to change this. Change your training approach, or take Bruce Lee’s quote to heart and go over the same ‘kick’ a thousand times instead of trying new things. Your ‘kick’ will be killer, but then again in another proverb: don’t put your eggs in one basket. You’ve got to think about the odds of running into someone who’ll counter your single technique. Brazilian Jiu-Jitsu is a multi-verse of opportunity and technique. There’s really no point in investing everything into a single line of effort, even for competition.

We’ve got a short list that may help you get over that pesky plateau.

Like we said, Brazilian Jiu-Jitsu is a many faceted thing. You don’t even have to pull guard and when you do you’ve got the choice of attacking with a thousand different things. Well, that’s a bit of a hyperbole, but it definitely feels like it.

Drills are different from trying out technique. It’s a way of isolating specific movements so you build muscle memory. Drills are what gives you the ability to do things in your sleep, when you’re tired, when you’ve got a headache, or when you feel like you can’t move. They are what makes all the difference when push comes to shove.

Alright, so how does it help? Well, at first, depending on your level of experience you’ll probably need an isolated movement that’s part of the new technique you want to add to your game. For example, if you’re looking to get into X-Guard, you can drill an entry, or hook attachment. Grab a heel. Shoot straight leg in. Pull heel in with your thigh. Attach hook on same leg. Switch sides. If it feels a bit complicated, start from X-Guard. Switch hooks on different sides. Because it’s such a simple movement you’ll be able to get many reps in. It’ll also make your core rock hard.

I’ll go even further and advise you do as many of these as you can. I don’t mean reps. Do different drills for 10 minutes at a time. Get to the gym 20 minutes early. It’ll make a difference.

Remember how we said that the plateau happens because you keep going through the same scenario over and over again. Well, this is the most direct approach to taking care of that. If you keep going for the foot lock that keeps putting you in the same position, don’t. Practitioners usually do this with escapes. They put themselves in side-control intentionally and start from there. Talk to your partner. Tell them about your troubles. They’ll understand. You can even be covert, give up the pass. 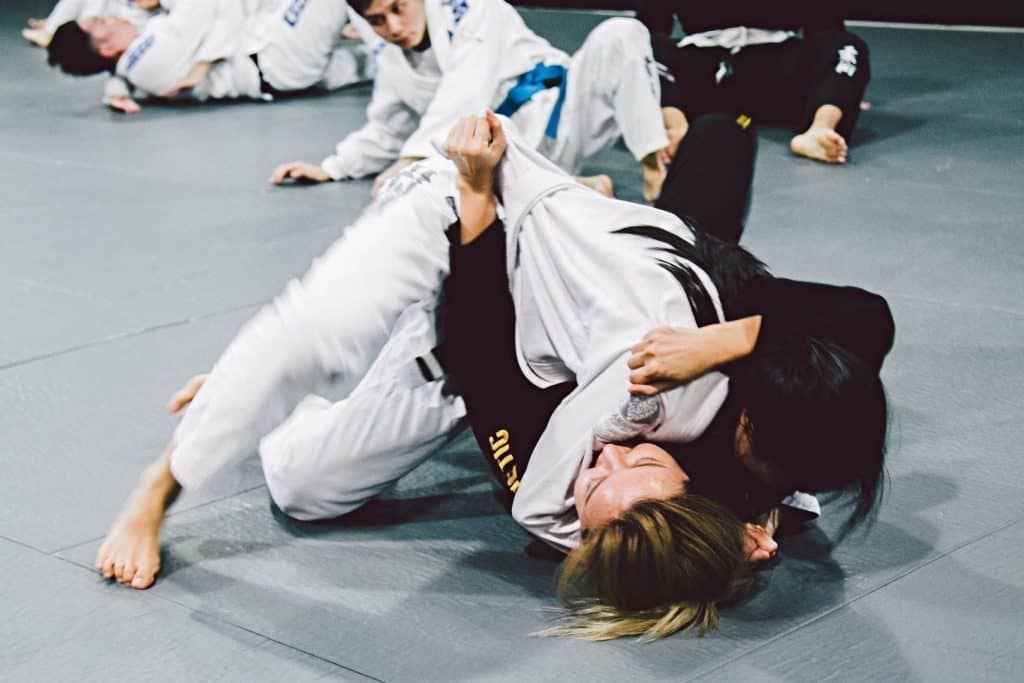 This is probably the worst albeit sometimes necessary option. I’ve gone through this myself. It’s easy to fixate on one thing. You’re getting tunnel vision. Take a break. Go for a beer. Change the scenery. Maybe just skip a training session or two.

Clubs that have just started growing often have few members. Sparring with the same people over and over again could be what’s making you feel stuck. The good thing about beginner clubs though is that your coach will probably take you to an open mat somewhere nearby. Don’t go by yourself though. Some coaches may have a problem with you going to a different academy. Ask first.

This is the true test of mental and physical fortitude. You could easily be crap at your club, but come tournament time things change. You shine. It can even be the other way around. You’re top dog at your club, but something happens during competition. You’re not yourself. You make mistakes you’d never make in training. One thing is certain. It’ll change you for the better.

1 thought on “5 Surefire Ways to Overcome The BJJ Plateau”