Just about every martial art has a mythical history. Through the years, the legends are tested by time and battle. Techniques are added and refined until they become the standard. As combat evolves, there is an increasing demand for ever-greater efficiency.

Within Brazilian Jiu Jitsu the heel hook seems like the new kid on the block. The technique’s recent domination of nearly every level of Jiu Jitsu competition has garnered it newfound fame.

However, Ancient Greek carvings depict what has come to be known as the modern heel hook. For as long as humans have engaged in warfare, knowledge of the most efficient and brutal ways to subdue an enemy would have been extremely valuable.

For a more modern perspective into the heel hook’s history, we can look to Takeo Yano and Ivan Gomes.

According to Ivan Gomes’ brother, Jose, the two learned the heel hook and other Jiu Jitsu techniques from their master, Jose Maria Freira, who was a student of Takeo Yano.

“The heel hook existed before us. It came through the Japanese that landed here in Northeast of Brazil [sic].” Jose Gomes

Yano was responsible for much of the spread of Jiu Jitsu in Brazil in the early 20th century. Even Carlson Gracie gives credit to Yano, saying that “the heel hook that we use today was created by him.”

Despite Yano’s influence, Ivan Gomes is still sometimes credited with the invention of the heel hook. This belief may be due to Gomes’ success in competition in Brazil and Japan. 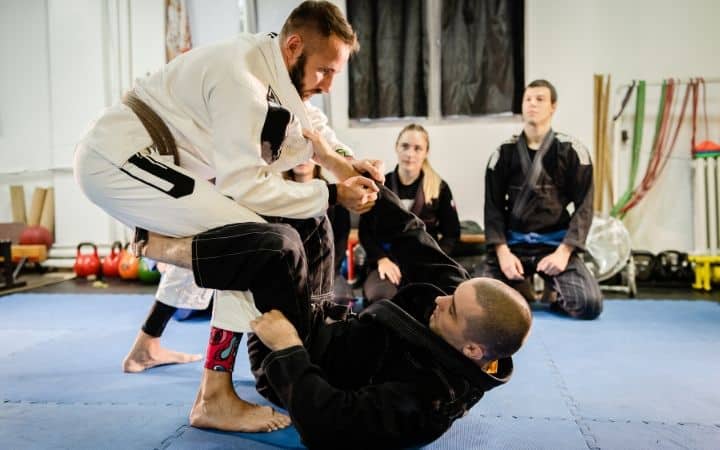 Maybe no one can claim true authorship of the heel hook. However, many individuals are brandishing their unique take on this ancient technique, etching their names in history in the process. The versatility of leg attacks and the sheer violence of the heel hook have made the move a favorite in sport Jiu Jitsu.

Until the now meme-worthy interview between Joe Rogan and John Danaher, the heel hook (and leg locks in general) was a relatively overlooked technique. Successful competitors like Gordon Ryan and Lachlan Giles have proven the heel hook to be an effective technique to build systems around.

The heel hook still has its critics. Aside from safety concerns from many organizations, it is sometimes suggested that foundational techniques, like guard passing, are ignored for the sake of a quick submission. I recall, at the beginning of my own training in 2008, a leglock was considered “the lazy man’s submission.”

This reputation can sometimes land the heel hook in Jiu Jitsu memedom alongside other Jiu Jitsu naughty words like “guard puller” and “butt-scooter.” However, if even Sun Tzu claimed that “supreme excellence consists in breaking the enemy’s resistance without fighting,” why not skip straight to victory with a heel hook? Or, as a more modern philosopher of war suggested, “**** it. Try a leg lock.” 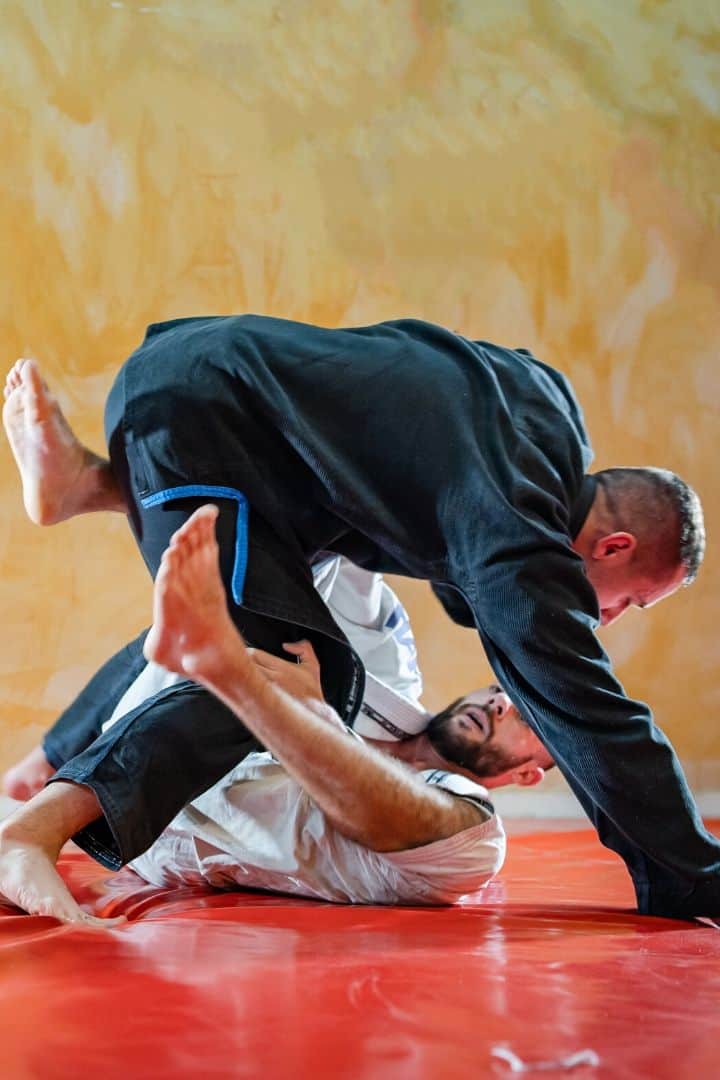 Despite the popularity and success of the heel hook in sports Jiu Jitsu, it is still illegal in many competitions. Ironically, the forbidden art status of the technique sometimes makes it more appealing. Most notably, the International Brazilian Jiu Jitsu Federation (IBJJF) bans the heel hook for all of its divisions.

Additionally, even techniques that either mimic or lead to the heel hook, such as a knee reap, are illegal. Many smaller, regional tournaments adopt IBJJF standards, decreasing the ability to engage in a comprehensive leg lock game.

But why is the heel hook so reviled? Is there a secret society of federation officials that wish to keep their favorite competitors intact? Some critics would say absolutely, while others would say that is a bit dramatic.

Simply put, the main component of the heel hook’s stigma seems to be safety. While many foot locks can present a danger to a practitioner, as most Jiu Jitsu techniques can, the heel hook has a particular compounding effect in damaging the body. Not only is the heel in danger, but the attack cascades up the leg and rends the bones and ligaments at the knee.

Despite the damage a heel hook can do, the technique’s outright ban still has its critics. After Eddie Bravo banned the submission for minors at EBI, Vinny Magalhaes disagreed with the decision, saying:

“I disagree with who says that heel hooks should be considered illegal… Injury caused by a well-applied kimura isn’t any easier on the body. I think the instructors that don’t teach their students all kinds of submission are the ones to be blamed when these things [injuries] happen.”

Magalhaes went on to say that his young son already knows many ‘illegal’ attacks, like heel hooks, knee bars, and twisters.

Although the heel hook is often criticized as “easy” or “lazy”, there is more nuance in the setup and finish than the quick results would suggest. While there are multiple systems for entering a heel hook, the finish remains tried and true.

There are slight variations in the finish, depending on whether the foot is positioned in either the inside or outside heel hook position. The main grips for the heel hook finish are:

The palm to palm grip is the most accessible and common grip to finish the heel hook. However, the added control that the latter two grips provide is sometimes worth the effort. For example: in the butterfly grip you will attach each hand to your opposing forearm, just above your wrist. This grip creates a stronger support for the hand under the heel, which also strengthens the attack.

The reverse butterfly will act as a natural transition from the butterfly grip. In this grip, the bottom hand will feed the heel up for the top hand to slide underneath it and latch onto the bottom bicep. The top hand will be making the finish as you hug both of your biceps as if you were implementing a rear naked choke.

Part of the heel hook’s appeal is its accessibility. In other words, although anyone can learn and apply an armbar, you may be at the mercy of an opponent with much stronger arms than you. However, in the case of the heel hook, you can attack a less guarded, and relatively weaker portion of the body.

No matter what grip you are using, you must remember to take away any wiggle room your opponent has. It is essential to remove any space near the foot. If you can see daylight through your grip it isn’t tight enough!

There are many entries to the heel hook. With every hot, new competitor using the technique as their signature, there seems to be nearly infinite unique setups for the heel hook. From the Imanari roll to a half X entry, it’s possible to make your opponent fear every position. However, some things remain constant.

The two major factors beyond the grip are the angle feed, and the amount of bite on the leg. Angle feed refers to how deep of an angle you achieve by turning your hips which raises the heel, exposing it for attack.

On the other hand, bite describes how high you are on the leg. This is similar to an arm bar where being above the elbow will allow the technique to be implemented properly. For maximum positional control, try to be above the knee to take control of the heel while your opponent is left immobile.

Through centuries of combat and combat sports, the most effective techniques have stood the test of time. Today, competitors like Lachlan Giles and Gordon Ryan have reshaped Jiu Jitsu by bringing heel hooks to the forefront of BJJ pop culture. While the heel hook still has its critics, few seem to have much luck beating them; so the next step seems to be joining them.