How to Get Out of an Armbar: 7 Game Changer Grips

Why do you need to know how to get out of an armbar? First, of all, the BJJ armbar is statistically the highest percentage submission in grappling. Secondly, it works the same with and without the Gi, which means you’ll have to learn to deal with it whether you want to or not. In fact, you need more than just one way of doing armbar escapes, which is why we have 7 different ones to offer.

What Is An Armbar?

The armbar is an iconic move in Brazilian Jiu Jitsu, grappling martial arts, and MMA, It works with and without a Gi and can be set up from a bunch of positions.

The armbar is a powerful move that is not only dangerous as a submission but also as a position that ties together other submission attacks and transitions. Basically, when you understand it, you can stay in it just as long as you would in mount or the back, without having to tap the other person out immediately.

The way a BJJ armbar works is by forcing the elbow joint into hyperextension, i.e. making it bend in a direction it is anatomically not indeed to. Contrary to what most people believe, this won’t break the arm, but rather dislocate the joint and tear most of its ligaments out. 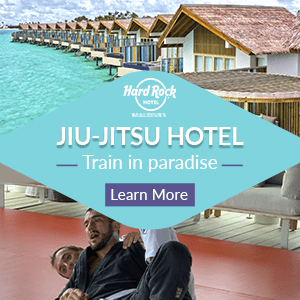 Mechanically speaking, an armbar works because of one common principle that enables all armlocks to work – immense control over the two neighboring joints in relation to the one you are attacking with the submission. With an armbar, that means controlling the shoulder and the wrist.

Once you got the principle right, whether it is an armbar from the guard or the top, you’ll be able to finish with just an ever so slight lift of your hips towards the elbow joint.

With this principle of control in mind, let’s focus on how to get out of an armbar, which is one of the most important things to master in Jiu Jitsu.

How To Get Out Of An Armbar?

Seriously, there is nothing more important than timing the armbar escape you are doing correctly. Furthermore, it has nothing to do with chance, and everything to do with precision and tactics.

Getting out of armbars is a skill that you can develop by implementing two main principles. The first one is to understand how armbars work – we already got that covered.

The second principle is understanding how escapes work or better said when they work. If you truly want to know how to get out of an armbar, you need to accept the fact that the highest percentage of escapes happen very early during the submission, or very, very late.

Along with the information that an opponent needs control over your wrist and shoulder to even have hope of getting out of an armbar, you’re now armed with everything you need to defend and escape armbars.

Well, almost everything. In order to beat your opponent’s attempts at controlling your arm, you’ll need to know what the best grips and grip combinations are when it comes to successfully sneaking out of BJJ’s most effective submission.

7 Key BJJ Grips To Help You Finish Your Armbar Escapes

How to get out of an armbar? Use your grips, of course! In terms of escaping armbars, whether they are threatening your top or bottom, not all grips are made equal. There’s a hierarchy of grips that will work like a charm, provided that you use them at the right time, and with precise intent.

Just to make things abundantly clear, none of the grips listed below will get you completely out of an armbar – that is down to you, and the subject of another article. However, they will prevent your opponent from gaining the control necessary to finish the submission. In other words, they are the doorway to all your escapes.

What is the palm to palm grip?

The palm to palm grip is when you press your palms together as if you are clapping. It is a grip that will disable an opponent from getting to your wrist when they already have control of the shoulder.

The palm to palm grip is perfect as the first grip to get when someone is entering an armbar position. You might have lost the shoulder, but you can keep your wrist safe. The power of this grip is in the ability to keep your elbows close to your body while staying mobile enough to pry one leg off, which essentially sets your arm free.

Holding on to the palm to palm grip passively, while having your elbows flaring away from your body. The grip is not designed to withstand long-lasting pressure, so do not rely on it for holding on.

What is the rear-naked choke grip?

The rear-naked choke grip is a popular option in armbar defense, but it does not provide you with a way of getting out by itself. To get to it, you need to place the palm of the arm that is under attack in the crease of the other arm’s elbow. The other arm then goes under the thigh/calf of the opponent’s leg that is over your face.

This is the perfect grip to use when you need to adjust the method of getting your shoulder out. It will buy you a lot of time, but it is still not the strongest passive grip to go for during armbar escapes.

Not holding the hamstring or calf muscle of the opponent’s leg tightly. Without it, the entire wedge system that makes the rear-naked choke grip a powerful anti-armbar tool falls apart.

What is the butterfly grip?

The butterfly grip starts as a palm-to-palm grip but doesn’t stop there, extending past the hands. To set it up you start in a palm to palm position, but you move your arms up the forearms, until such time that the root of your thumb is over your opposite arm’s wrist. This goes for both hands.

When you are already in motion, or you recognize an armbar attack early. When you’re trying to figure out how to get out of an armbar, you have to regain control over the shoulder, and you have to hide your wrist to do so. The butterfly grip helps fend off those sneaky armbars that people sometimes set up at weird angles.

A very common error is no going deep enough with the thumbs relative to the wrists. Also, this is not the grip to turn to when someone is pulling on your arm with lots of force.

The S-grip is the most powerful grip in y our BJ Jarsenal, particularly when it comes to getting out of armbars. Setting it up means you need to touch the tip of your fingers on each side, and then bend the fingers towards the palm, ending up with an S-like shape.

Whenever you have to stay in a bad spot for a longer time. It is the only grip worth thinking about when it comes to preventing someone from extending your arm so they get wrist control in addition to shoulder control.

Holding with your fingers deep rather than setting the grip up by touching the tips of the fingers. It makes for a much weaker and ineffective grip.

What does grabbing the leg mean?

First of all, let’s make it clear which leg you are grabbing – you are going for your own leg, on the same side as the arm that is under attack. Grabbing your thigh will ensure your wrist is hidden, there’s a difficult angle for the opponent to dig it out, and you have a wedge system as well.

This is a grip to get you out of trouble whenever your arms are too far apart to establish any of the other grips. It is quite safe and will give you time to execute your favorite BJJ armbar escape. Basically, How to get out of an armbar is down to you, after you gain the safety this grip provides.

This grip is going to lend you in trouble against people that have a great spiderweb armbar game because you’ll be playing into their strengths by positioning the arm and leg close to each other.

What is a Gi grip in armbar defense?

In essence, any gi grip you can think of will help to a certain point in an armbar. Grabbing both your own collars is your best bet, as it is a strong one because your elbows are close to your body.

If you are wondering how to get out of an armbar with the help of Gi grips, just think about this – you get extremely tight grips by holding on to handles that can’t be removed. While they are painful to hold when someone is trying to rip your arm open, they do allow you to lift your trapped shoulder and turn it. Killing the armbar before it even happens.

Going for sleeve grips instead of the collars. Grabbing your own sleeves means you’ll be very uncomfortable, your elbows will flare and you won’t be able to hold on.

What is active grip fighting?

In my quest to discover how to get out of an armbar I came up with a tactic that is really great when it comes to early armbar escapes. The concept is that you actually go and try to hold the opponent’s wrists and palms rather than just stay passive, similar to how you try to break open the hands when caught with the seatbelt grip from the back.

Active grip fighting will work as an armbar defense whenever your opponent’ is trying to beat or has beat any of the other grips we discussed. However, you can also jump straight into active grip fighting the moment they get control over your shoulder.

Giving up on active grip fighting. As long as your wrist is not glued to the opponent’s chest, you can keep on wrist fighting and deny them control over both key joints.

There are many ways to get out of an armbar. The 7 grips covered above, as well as all defense systems ad directional escapes all bank on breaking the main principle of BJJ armlocks controlling the two neighboring joints in relation to the one you are attacking.

So, the next time you are wondering how to get out of an armbar, pick a grip to hold on to, and figure out a way to regain control over your joint. Simple, isn’t it? 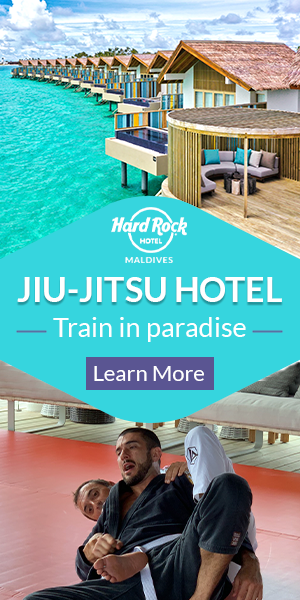