Teaching Jiu Jitsu: The Not So Magical Formula 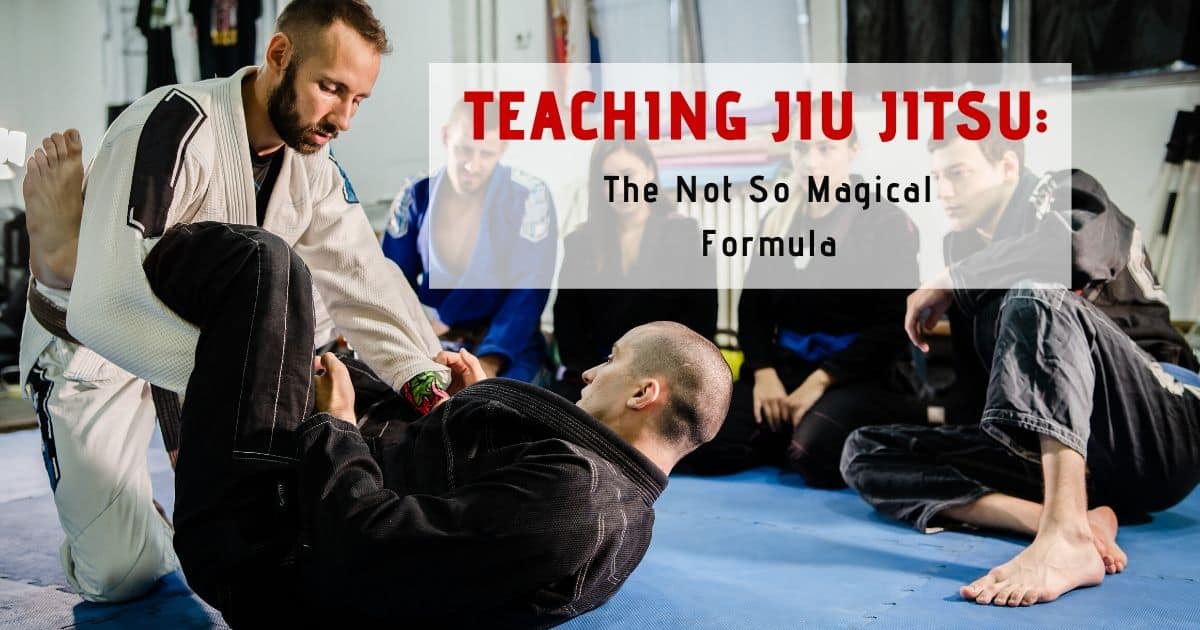 Table of Contents show
1 The Toughest Balancing Act In The World
1.1 The Month-Long BJJ Teaching Experiment
1.2 Teaching Jiu Jitsu Without Limits: The Results
1.3 So, How Do You Teach Jiu Jitsu To Everyone?
1.4 Something To Consider

What is the best way to teach someone Brazilian Jiu Jitsu? By letting them know that you can’t teach them anything. Yeah, it is confusing, both to you and especially to the students looking to learn from you. However, the truth is, teaching Jiu Jitsu is an impossible task.

What you can do is help people understand how certain things work, so that they can teach themselves. Yeah, the idea is out there, but there are ways to check if it has merits. I did a month-long experiment with this notion: I can only demonstrate, and students are the only ones that can teach themselves. The experiment was a success and brought about some great results.

The Toughest Balancing Act In The World

Not everyone is cut out to teach. This is true in life and Jiu-Jitsu. Some people will spend their grappling life on the competition mats. Others will dedicate themselves to becoming a university-level professor of the sport. Finally, a rare few will perhaps accomplish both.

Still, if you’re ever looking to dabble in teaching Jiu Jitsu, remember this: whether you are teaching part-time or full-time, it is a job that’s constantly challenging, and you’re never fully qualified for. At the same time, it is hard to stop thinking about it.

If you’ve discovered that teaching Jiu Jitsu is for you, you’ll need to spend some time understanding the process of transferring knowledge to others. No, belt levels don’t matter, but experience does help. That means those with more years under their belt will have the upper hand.

Regardless, what I discovered very soon after getting thrown deep into the waters of a BJJ instructorship is that your teaching style matters the least. Of course, you need to be clear in explanations, funny, keep people’s attention, and all that stuff. But those are all skills you can acquire if you do not already possess them.

The key thing to focus on, especially in BJJ, is knowing your audience. Kids are in a category of their own, so I won’t touch on that subject now. Teaching adult classes, though, requires a delicate balancing act. Particularly if you’re teaching different groups of different skill levels.

The biggest thing that I learned (and it took a minute) was that there’s no way to tell everyone everything you want. As hard as that might be, being thorough can be a bad thing in Jiu Jitsu. At least in terms of teaching. 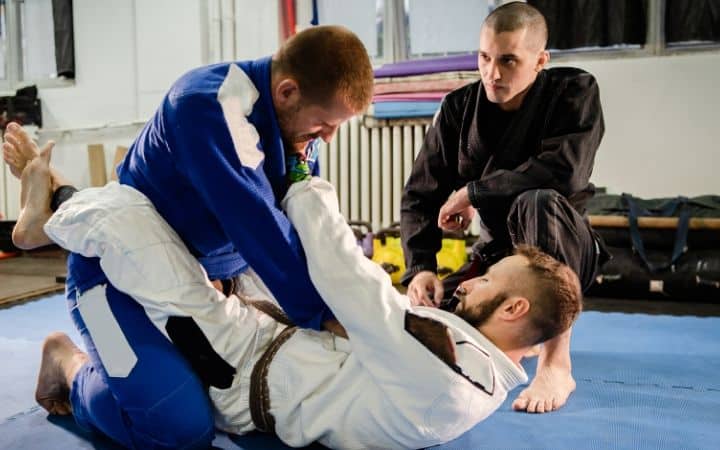 I used to teach classes with this notion in mind: say only what is appropriate for the level of students in the class. Then January came along, which is when most people take winter holidays, so we tend to cram beginners and advanced students in the same class in my academy. It is a great way for people to get to know each other.

However, this brought about a conundrum that pretty much wrecked my approach so far – how do I teach everyone while making things clear relative to their level?

I quickly decided that people can take much more and that Jiu Jitsu is not something that someone can teach you how to do. As cliché as it sounds, coaches can give you directions, but you’ll have to do the learning yourself.

No two people move, think, and act the same, which means everyone’s take on the same mechanics of a technique is slightly different. This way of thinking inspired me to throw caution to the wind and see if I could teach people that I can’t teach them anything.

Since I have everyone from fresh white belts who haven’t even donned a gi once, to expert brown belts in the group, I had to get creative. That wasn’t hard – I decided to go completely against the grain and work on stuff most people consider illegal or dangerous. In other words, all leg locks, muscle slicers, wrist locks, knee reaping, spine manipulations, you name it! 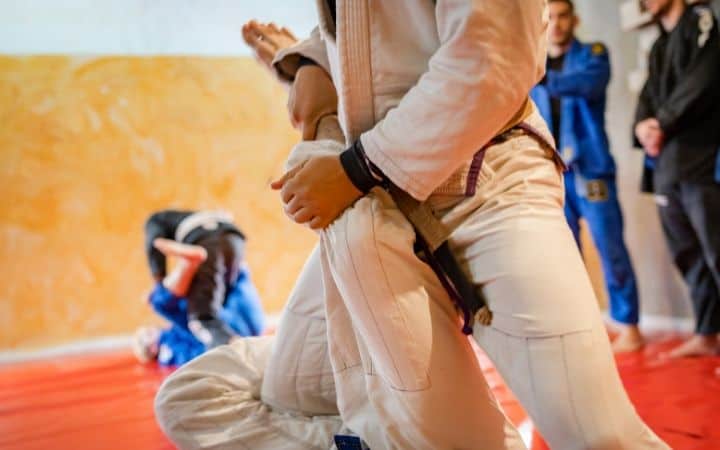 One huge thing that immediately popped up the moment I “set everyone free” was people’s natural affinities. The option was there for everyone – use I’m demonstrating, or don’t, the choice is yours. Just know that it is a part of BJJ and know the fundamental mechanics behind it.

As it turns out, certain people love leg locks, and others tend to favor sneakier stuff like bicep slicers or wrist locks, etc. The most interesting finding was that beginners, and white belts in general, responded better to this teaching philosophy than more seasoned students.

Once people were told there are no dumb rules, just common sense, and given responsibility for their actions, they started thinking way outside the box. That brought about technical details and innovation that neither I nor anyone training for a longer period could’ve come up with. At least not that quickly. As it turns out, teaching Jiu Jitsu meant that I learned new stuff with the help of others. Neat, right? 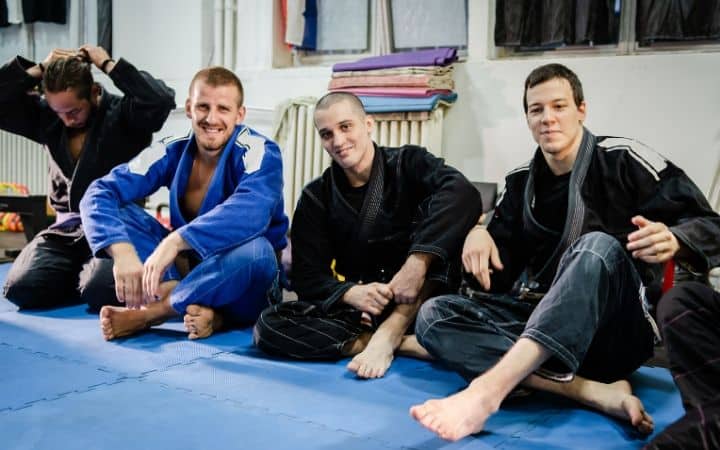 So, How Do You Teach Jiu Jitsu To Everyone?

The answer is easy to write, yet hard to execute once the time comes. Pretty much just like BJJ is: everything is crystal clear until you slap and bump! When you go about teaching Jiu Jitsu, try not to teach people, but rather open up ideas and concepts for them to think about.

What I learned was to avoid phrases like “this is the best way to grip for a toe hold” or “your knees have to point in this direction for the best control.” Both statements are not universally true, given the different builds and tendencies of people. Instead, I decided to allow people as much space as they need to experiment. There’s only one catch – they need to discuss their findings with me!

In order to take teaching Jiu Jitsu to the next level, people need to think instead of acting like robots. People are always going to try and copy you or top competitors. There’s no way around that, but there is a way to guide them towards thinking for themselves. And that is exactly what teaching Jiu Jitsu should be about. 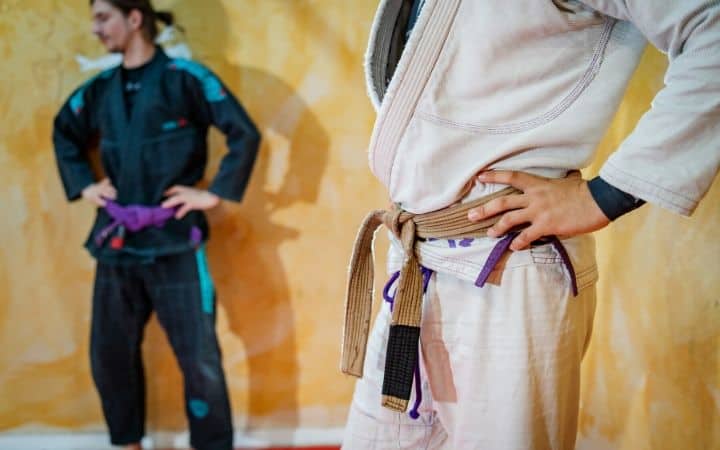 The most addictive part about BJJ is that it never ends. Someone is always going to have answers to all your favorite moves. On top of that, everyone is constantly adding to the mix, evolving Jiu Jitsu past our wildest dreams.

For those of us that are involved in teaching Jiu Jitsu, let’s not stop at techniques and concepts. Let’s try and revolutionize the way we convey knowledge to others: by teaching them to teach themselves. 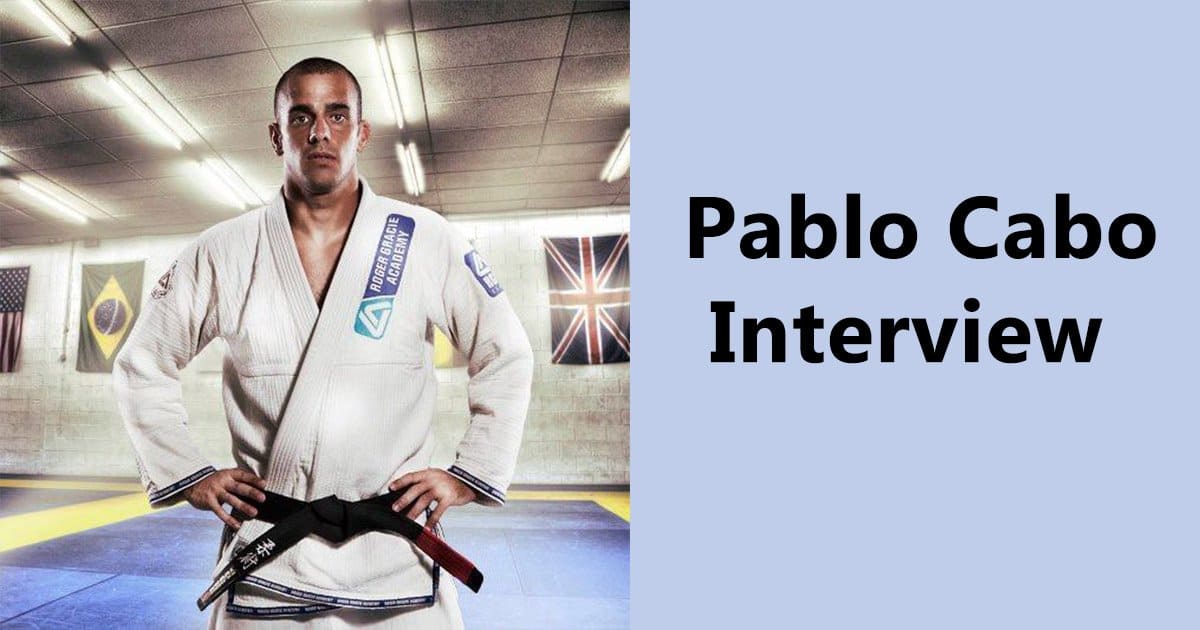 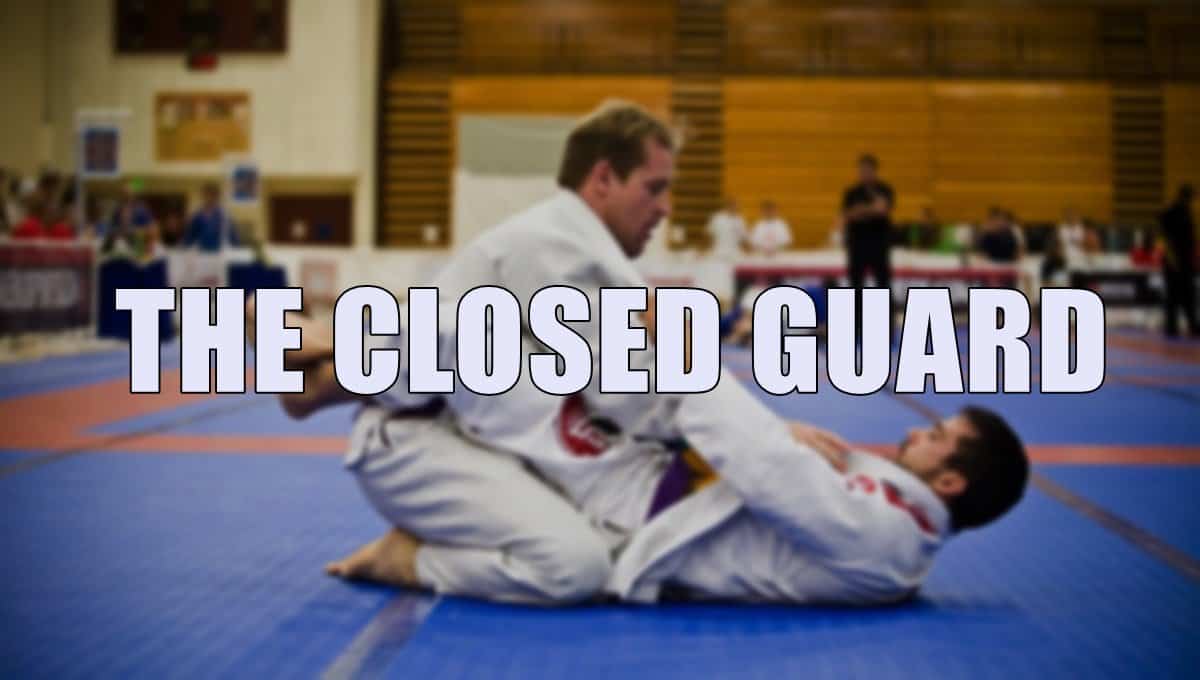 What Exactly Is The BJJ Closed Guard Good For? 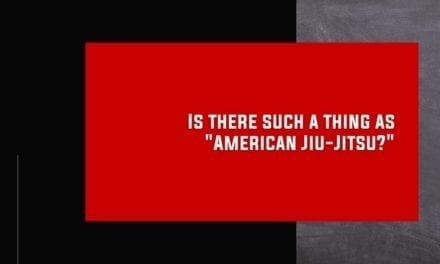 Is there such a thing as “American Jiu-Jitsu?” 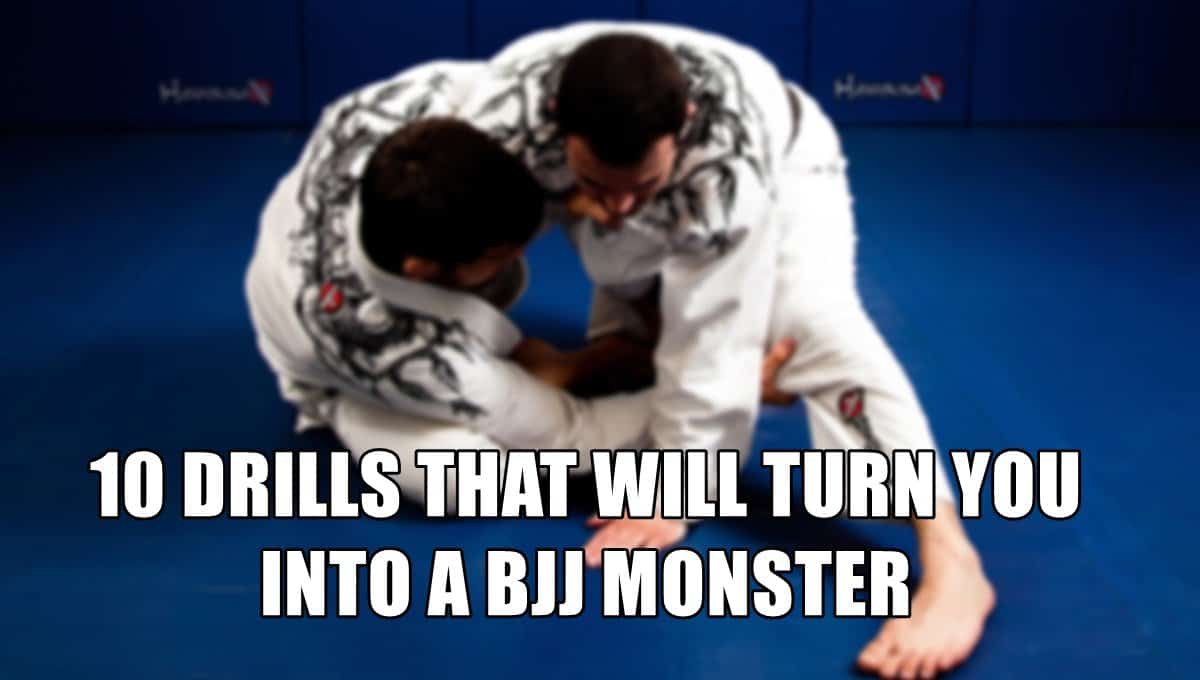