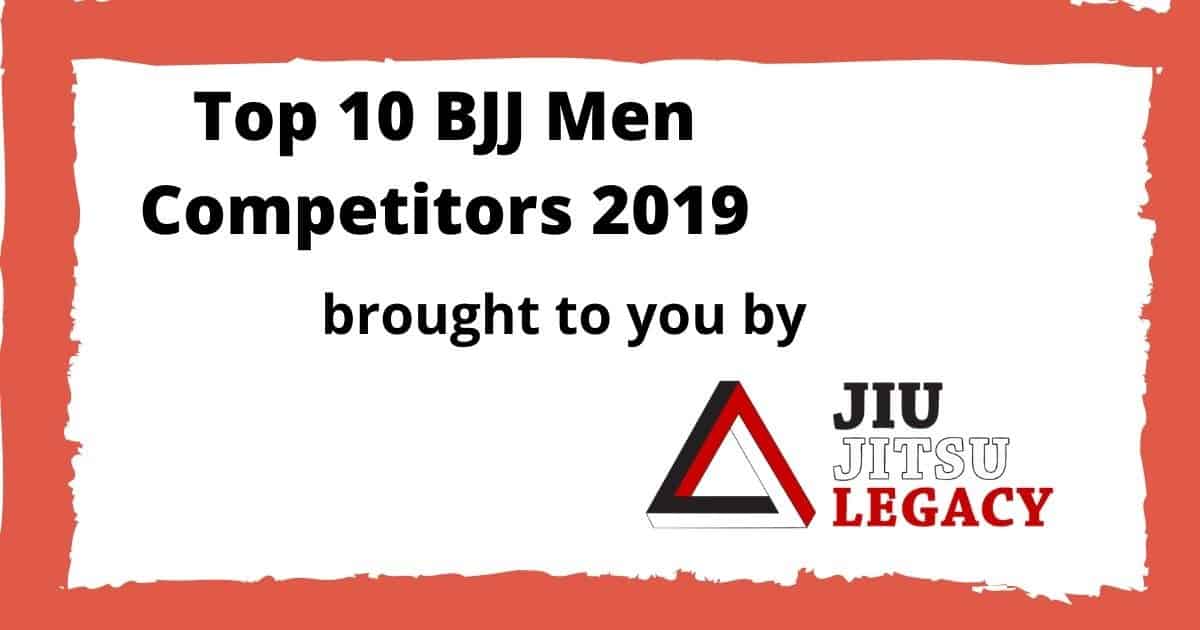 Brazil’s female BJJ competitors are more than dominant in almost every single weight class, but the list
of top 10 BJJ men competitors in 2019 includes some outstanding names from all around the globe. The
first place belongs to the competitor from Moldova!
It’s awesome because it puts other states on the world’s Brazilian Jiu-Jitsu map, but don’t be surprised.
Many Brazilian coaches moved to the USA or other parts of the world where they can earn a lot of
money and show their superb entertaining skills to the younger generations.

Eldar Rafigaev is the most famous Eastern European grappler, and the greatest name on the list of BJJ
men competitors from “The Old Continent”.
He was born on April 14, 1987, in Chisinau, Moldova, and his moniker is “Yakuza”. This master of leg
locks (prefers kneebars) is a real phenom off his back because he can swiftly transition from defense
into offense and end the fight.
Rafigaev is a Jungle BJJ fighter, a Brazilian jiu-jitsu black belt under Fernando Araújo, who weighs around 100 kg and successfully takes part in both gi and no-gi competitions. The list of his achievements
includes:

Fellipe Andrew Leandro Silva was born on October 24, 1994, in Caruaru, Brazil. He competes at -208 lbs
weight class. Andrew is a black belt under Rodrigo Cavaca who defends the honor of Zenith JJ academy
in gi competitions. This all-around fighter scored some notable results in 2019:

João R. Bordignon Miyao is currently a more successful competitor from his brother Paulo. Joao was
born on May 11, 1991, and he’s training mostly at Unity BJJ, competes at -64 kg division and scores awesome results in both gi and no-gi competition.
Miyao is a black belt under Cicero Costha, and here are the most intriguing achievements:

Gordon Ryan is a New-York native, a member of Danaher Death Squad (DDS), known mostly for his no-gi achievements. He usually goes for a submission win at all costs in the tournament. Ryan earned the black belt under John Danaher, but he is the first Garry Tonon’s student to achieve the ranking.
This super-heavyweight grappler is very dangerous of his back. He was born on July 8, 1995. Here is the
list of 2019 achievements:

Im back in NYC. Teaching some privates for a bit. Email me at kingryanprivates@gmail.com. if you dm me chances are ill miss it so use the email please. I dont wanna waste anyone's time and i dont want my time wasted so ill post details here. Price is currently $600 an hour for you or you and someone else if you want to split it by bringing a partner. if youre bringing a group we can figure it out. Come learn how to demolish people ?? ?@heysonnyy ps- yes people pay that

Lucas Daniel Silva Barbosa is a black belt under Andre Fabiano, born on January 13, 1992. Known under
the moniker of “Hulk”, Barbosa is one of the most entertaining BJJ men competitors to watch, who built
his superb reputation because of his fabulous pressure guard-passing. Barbosa competes at -88 division, under Atos Jiu-Jitsu banner. Here are the most important achievements of this amazing warrior:

Marcus Vinícius Oliveira de Almeida is a CheckMat Academy competitor, a black belt under legendary
Rodrigo Cavaca. “Buchecha” (big cheeks) is his moniker, and you can blame his coach Cavaca because of
that, who called him that way due to his thickness and prominent cheeks at the beginning of his career.
Almeida was born on January 8, 1990, and one of BJJ men competitors with the most dangerous choke
from the back. This gi expert competes at a super-heavyweight division. Here are his 2019 achievements:

Não foi o resultado esperado mas feliz de ter lutado mais uma vez o @adcc2019 e o mais importante, não ter me machucado. Apesar de ter tido um camp difícil e ter ficado algumas semanas sem treinar deu pra ir la e brigar rs. Muito obrigado a todos que fizeram parte do camp e me ajudaram mais uma vez a me preparar para esse final de semana. E aos meus patrocinadores por todo o suporte nessa jornada. E muito feliz de ouvir aquele ginásio lotado gritando meu nome e me dando suporte seja de perto ou de longe, muito obrigado de verdade galera. E o que não mata, FORTALECE. •••• It was not the result that I was hoping for, but I’m really happy that I fought one more time the @adcc2019, and most important I didn’t get hurt. I had a really tough training camp and wasn’t able to train for a few weeks but thankfully I was still able to go out there and fight. Thank you so much everyone that helped me to the get ready for this weekend. Thank you all my sponsors for the support on this journey. So happy to hear the whole stadium screaming for me, giving me this amazing support from far or close thank you so much guys. What doesn’t kill you it can only make you STRONGER. @shoyoroll || @rvcasport || @musclepharm || @checkmathq

Leandro Lo Pereira do Nascimento is one of the most dominant lightweight names on the list of BJJ men
fighters. He did an incredible thing by winning the IBJJF world title in four different weight classes. Lo is a black belt under Cicero Costha, who competes under the Ns Brotherhood banner.
Leandro is a spider guard specialist, born on May 11, 1989, in Sao Paulo, Brazil. He weighs between 76
and 96 kg, and his greatest 2019 achievement is 2nd Place IBJJF World Championship (weight and
absolute).

Josh Hinger is one of the most technical names on the list of BJJ men competitors, known for his
amazing Hingertine, a variation of the Guillotine. A black belt under Andre Galvao and a member of Atos Jiu-Jitsu Academy, Josh competes at -82kg division at both gi and no-gi competitions.
He was born on May 28, 1982, in Whittier, California, USA. The list of his achievements includes:

It’s very common for me to hear people talk about how they feel they are the “worst” student in the class. They think they are the most uncoordinated, the heaviest, or that they have the worst conditioning. But let me tell you, I guarantee more than half the class feels the same way. People have a strong tendency to beat themselves up over anything and everything. The mind is a slippery slope that is slanted at a negative angle to drag you to the dark side. You have to work your ass off and claw your way up the slope towards the positive end. It’s just like when you were a kid and trying to climb up the playground slide in the opposite direction. One wrong step and you slide your ass all the way to the bottom. Or there’s always that one asshole kid who took the stairs and slides down from the top, taking out everyone else who was trying to climb the slope. But in this analogy there is no option to walk around and take the stairs to the top of the slide. No, we have to constantly practice climbing the slippery slope. And just like all things in life, we improve with practice. Everyone in the training room is struggling with something. No one is the worst, and no one is the best. We are all on a journey with no finish line, therefore there is no leader. You might struggle with your cardio, but someone else is struggling with strength and power… While someone else is struggling with general coordination. And someone else with physical limitations due to injury. And someone else with social anxiety. Everyone is struggling with something. Don’t waste your energy beating yourself up. Appreciate yourself for the progress you’ve made. Take a moment and look to the past and admire how far you’ve come. If you make a mistake and slide back to the bottom of the slide, get back on it and you’ll notice how much easier it is to climb the 3rd, 4th, or 15th time. • #atosjiujitsu #bjj #jiujitsu #grappling #wrestling #submission #hingerbjj #adcc #ibjjf #blackbelt #nogi #worldchampion #sandiego #mma #bjjlife #grapplersguide #hingertine #f2w #subonly #moskova #monkeytape #gnarlynutrition #cbdistillery #fightfoodco #gymjones #thegrapplersguide #atos #thematburnpodcast #mbpc

Horlando de Jesus Monteiro is a representative of the Kimura/Nova União academy. Now here is a very
interesting fact – Monteiro is a BJJ black belt under Gustavo Dantas, Jair Lourenco, Marcelo Pinheiro,
and Bruno Moreno!
Monteiro was born on January 20, 1995, in Imperatriz, Maranhao, Brazil. “Nando” is a triangle choke
specialist, extremely dangerous off his back, who competes at -88 kg weight class. In 2019, Horlando
won the 3rd Place at CBJJ Brazilian Nationals.

Alexandre Faria Molinaro exploded in 2017 and 2018 when he won many super-difficult tournaments.
He is a black belt under André Vasconcelos (Alemão), who defends the honor of Carlson Gracie
Association in -76kg weight class.
Molinaro was born on June 3, 1996, in Rio de Janeiro, Brazil. This open guard expert scored one huge
achievement in 2019, that’s the 3rd Place at IBJJF European Open. 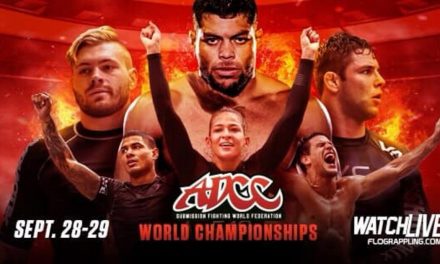 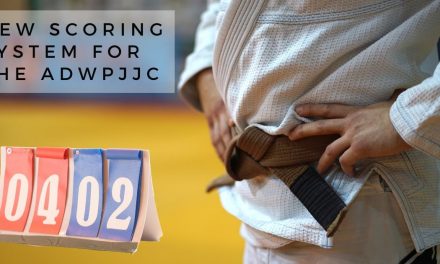 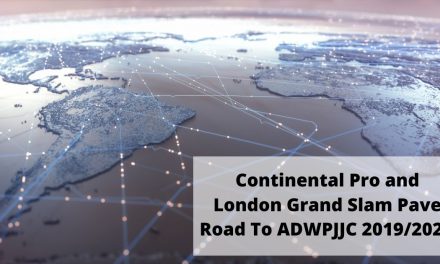