This week we’ve got an old school vintage Jiu-Jitsu gem featuring a young Matt Serra and Babs Olusanmokun. It’s quite a dynamic match that doesn’t really look like the competition of today. For one, modern day competition doesn’t have the orange tint of the now age old tape camera. In addition, they seem to be pushing the pace far more than what you’d see in one of today’s matches. There’s a lot of stand-up pushing and setting up.

One thing that’s constant though, you either pass or pull guard. Matt Serra, who had at the time been a Mixed Martial Arts prospect looks for the takedown while Mr. Babs prefers looking for guard jump armbars or backtakes.

There’s not much to be seen from the open guard. Mr. Olusanmokun’s collar-sleeve is quickly countered with the tripod-underhook knee slide with spin to the other side. In an effort to stop the pass, Mr. Babs goes for the half-guard knot probably looking to slow down the pace. Serra passes fairly quickly and sets up a spectacular armbar via cross-collar choke grips. Mr. Babs escapes and they scramble to stand-up. This is where the audience create a thunderstorm of hands on mat. Serra pulls off a fantastic morote seoi-nage and in another highlight reel move gets the back by rolling with the seatbelt. The match ends with a bow and arrow choke. Cheers. 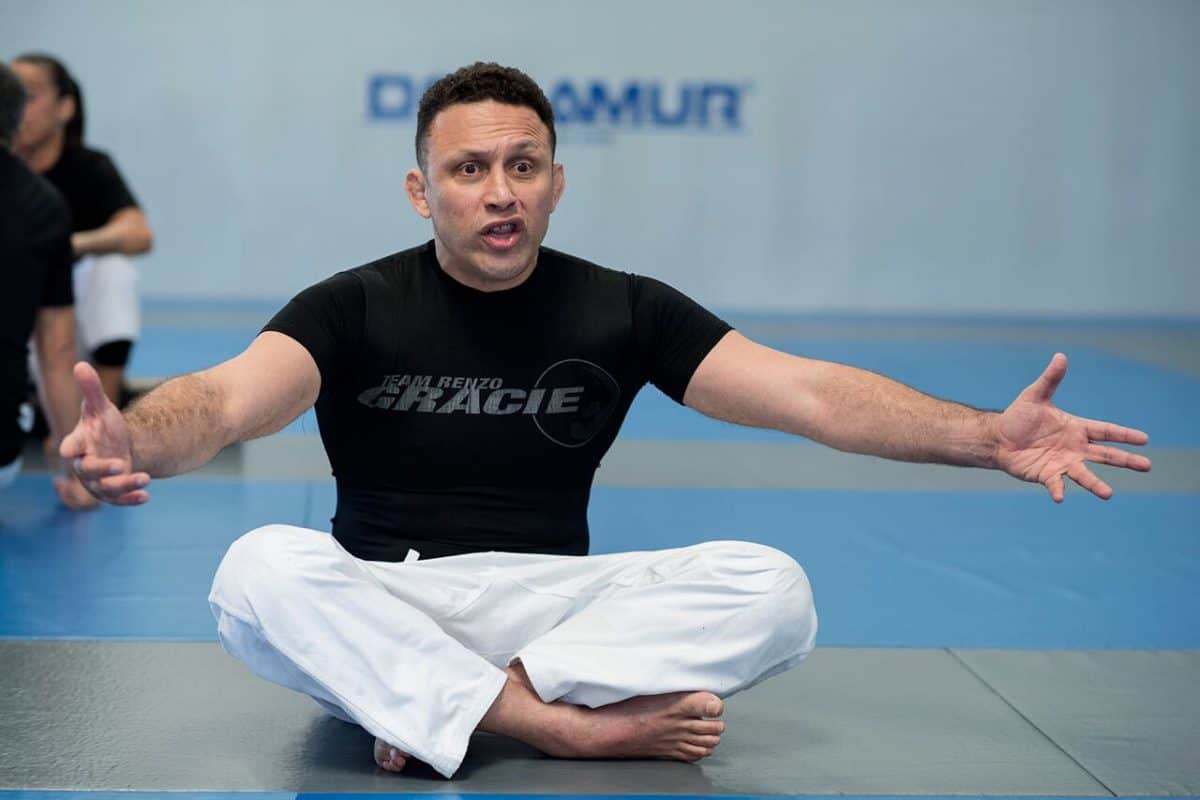 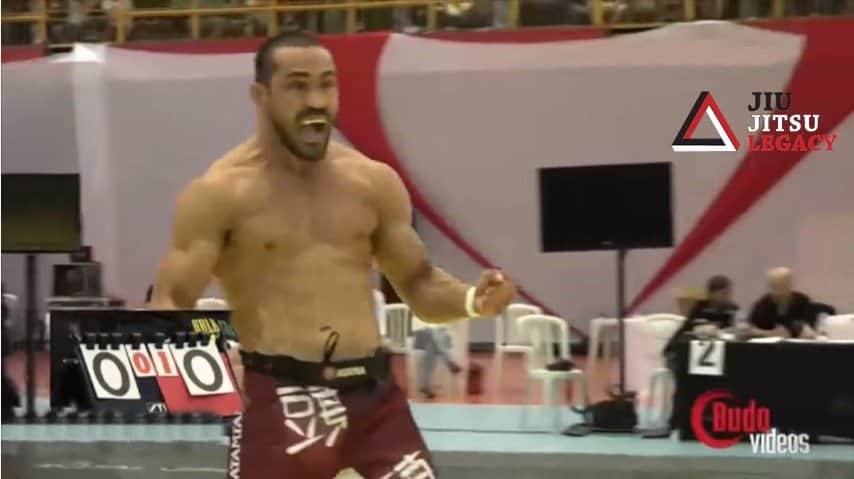 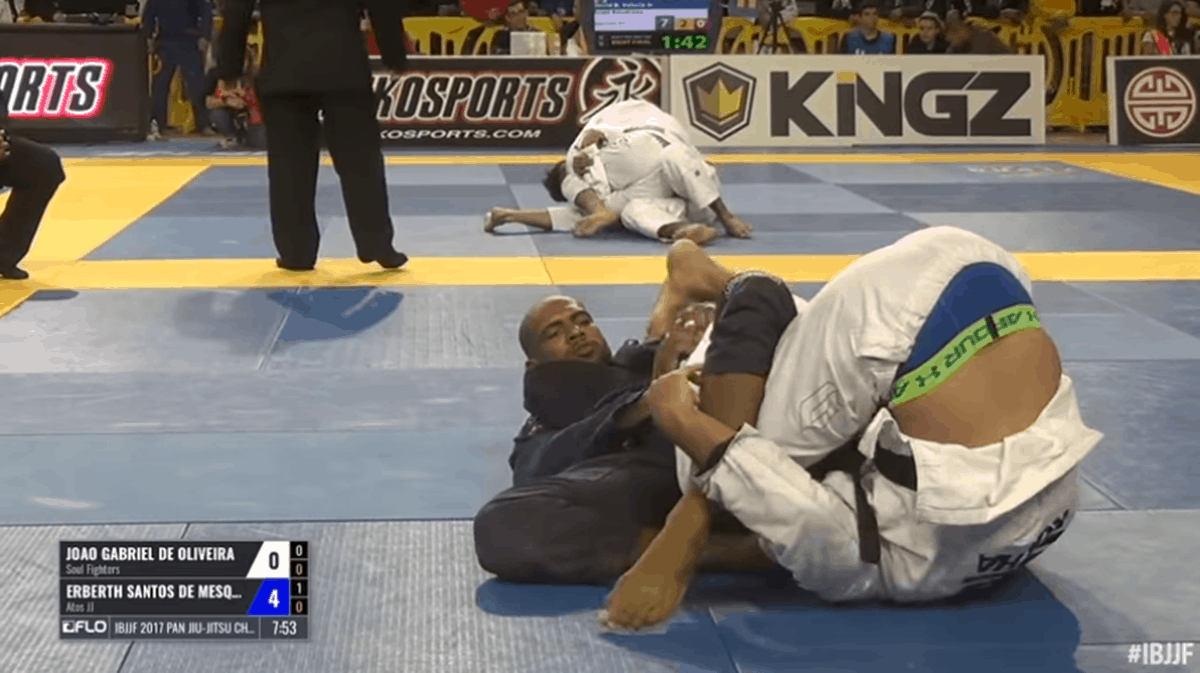 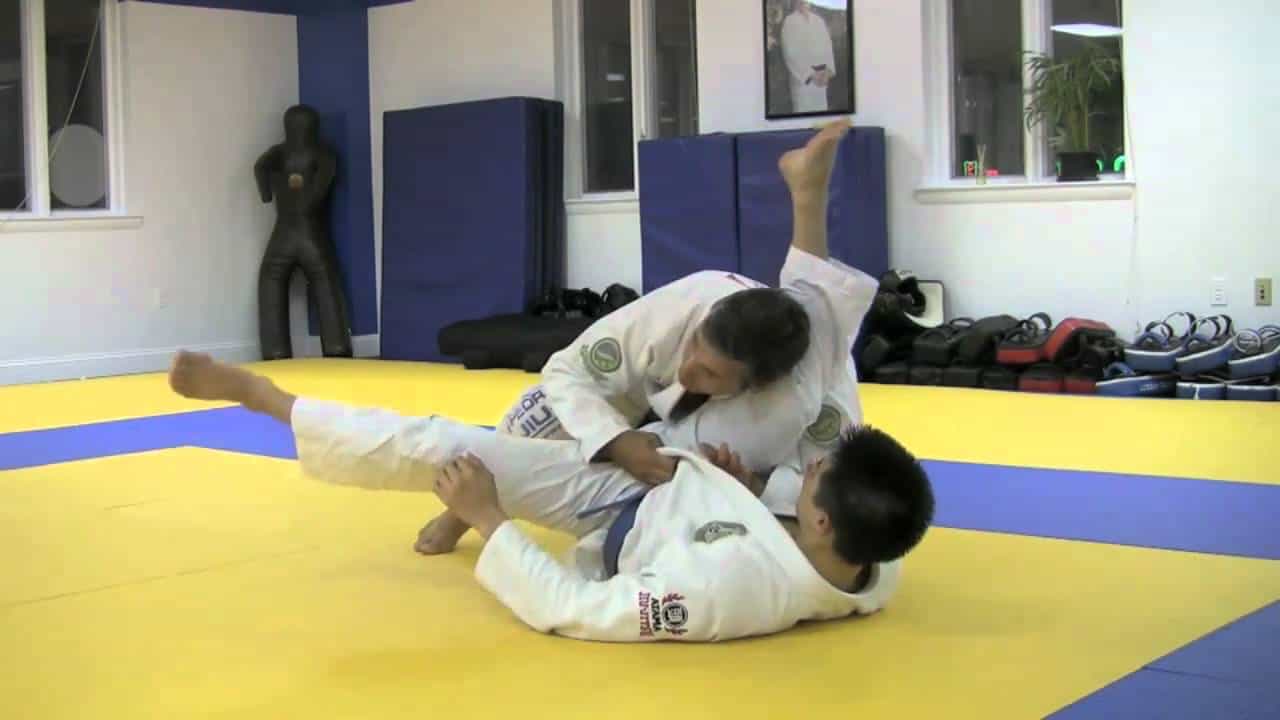 The Gracie Gift Leg on Shoulder Pass (With the Missing Details)